The British Journal of Sports Medicine paper focused on anterior cruciate ligament injuries, which girls and women are said to be between three to six times more likely to suffer from.

A University of Manitoba professor is the co-author of a paper in the British Journal of Sports Medicine (BJSM) which argues that the reason women are more prone to sports injuries has more to do with gendered environments than female biology.

Current approaches to a common and debilitating knee injury that occurs more frequently in women than men have focused for too long on biology at the expense of understanding social factors, say the paper’s authors, who include Dr. Joanne Parsons, assistant professor, College of Rehabilitation Sciences, Rady Faculty of Health Sciences. 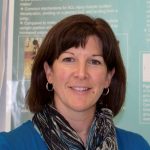 “I hope that this study is the start of a real, lasting conversation about how bigger, societal forces play a significant role in the sport opportunities and experiences of girls and women, and can ultimately set them up for ACL – or other – injury,” Parsons said. “We don’t have to look farther than the recent NCAA weight-room debacle to see that equitable treatment, even at the highest levels of sport, is far from reality. This is not a women’s issue – everyone involved in sport should reflect on whether their decisions and behaviours, whether purposeful or not, disadvantage girls and women.”

Girls and women are said to be between three to six times more likely to suffer an anterior cruciate ligament (ACL) injury, where one of the key ligaments that helps to stabilise the knee joint is damaged. The devastating injury, which in extreme cases can be career ending for professional athletes, commonly occurs during sports that involve sudden changes in direction like basketball, soccer and tennis.

The difference in injury rates for men and women has not changed for two decades, but, say the authors, this might be partly due to how injury prevention and management have been approached to date. In the paper titled Anterior cruciate ligament injury: towards a gendered environmental approach, they argue that much of the focus still centres on biological and hormonal factors, with little attention paid to how sex-based factors are affected by gender and might influence each other.

“This study is important because the higher rate at which girls and women experience ACL injuries compared to men has not changed despite over 20 years of research,” Parsons said. “We think this is largely because, up to this point, the approach to ACL injury prevention and management has taken a strictly biological approach.”

The authors – which also includes Dr. Sheree Bekker, assistant professor, Department for Health, University of Bath, United Kingdom, and Dr. Stephanie Coen, assistant professor, University of Nottingham, United Kingdom – suggest that gendered experiences matter in shaping girls’ and women’s participation in sport as well as disparities in injury outcomes. They demonstrate how this could play out across the life course with gendered expectations of physical abilities (e.g. ‘throw like a girl’), to inequitable access to funding, training, and facilities for women’s sport (e.g. disparities in access to weight training).

Finally, they suggest there may be a difference between post-injury rehabilitation for men and women recovering from an ACL injury. They say that these social and environmental factors play a much bigger role in how sports injuries occur than once thought, and urge that much more attention be given to these topics.

“We need to stop reducing girls and women who experience an ACL injury down to their hormones and biology,” Parsons said. “By doing that, we are suggesting that the bodies of girls and women are at risk of injury just because they are female. Besides propagating sexism, we’re missing the opportunity to look at the bigger picture, and realize that societal influences have a significant impact on sports injury risk. Until we acknowledge that, we are not going to have any significant ability to decrease injury risk in girls and women.”