Karn Chahal was nervous about beginning his first experiential rotation in a community pharmacy. He wasn’t sure if he knew as much as he should and if he would be able to apply what he’d learned in class to real-life situations.

But after four weeks at Shoppers Drug Mart on Leila, the second-year University of Manitoba Doctor of Pharmacy (PharmD) student didn’t want to leave. 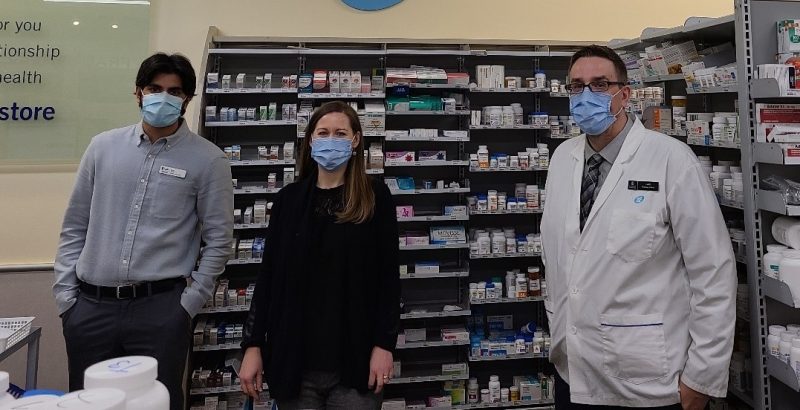 “It was a great experience,” said Chahal. “I was definitely sad to leave. I even went back and visited one day. I felt like I belonged there after a couple of weeks.”

Chahal is one of 52 students who recently completed the first experiential rotation in a community pharmacy in the PharmD program’s history (the PharmD program replaced the B.Sc. (Pharm) program two years ago).

The rotation gives students real-world experience in a community pharmacy – from the time someone drops off a prescription to dispensing the medication to educating the patient on how to use the product.

“The first-ever PharmD experiential rotation was a huge success,” said Kelly Drummond, experiential program coordinator, College of Pharmacy, Rady Faculty of Health Sciences. “The students were very keen and excited. They really felt that their confidence was built up by the end of the four weeks. The preceptors were really impressed with their professionalism, their enthusiasm and their knowledge as well.”

PJ Perez, pharmacist and associate owner of the Shoppers Drug Mart in Winnipeg’s Southdale neighbourhood, has been a preceptor for six years. He was impressed by his PharmD student’s knowledge.

“The PharmD students definitely are prepared,” said Perez, adding “The [new] requirements for what they need to complete for their rotation was a learning experience for myself and the student as well.” 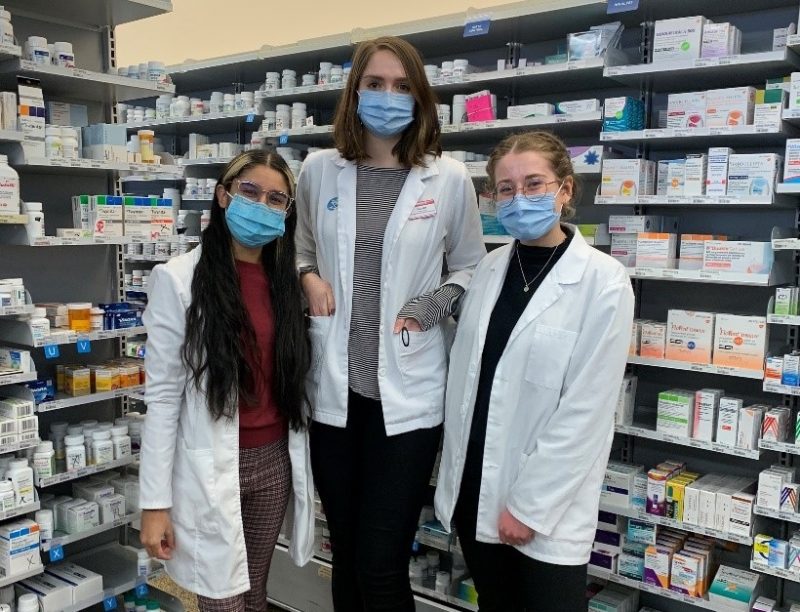 “It was really good,” Leslie said. “I learned a lot while I was there.”

Leslie was one of three students who had the added bonus of working alongside a fourth-year B.Sc. (Pharm) student who was also on a rotation.

“The fourth-year student was able to answer any little questions I had,” Leslie said. “She worked with me on assignments, and if it was a quieter moment in the day we started talking about certain medical conditions. We’d go over all the medications for the conditions and when you would use drug A vs. drug B depending on the patient.”

Leslie said she gained valuable experience communicating with other health-care professionals and picked up some time management skills. Chahal said he learned a lot about fielding different questions from patients and how to collaborate with doctors.

“I think the biggest thing I took away from my rotation was that it made me really motivated,” Chahal said. “It opened my eyes. All the stuff we’re learning in the classroom comes up in practice.”