Pharmacy Class of 1966 an inspiration to future pharmacists

While 2021 graduates Megha Kaushal and Cole Janke are grateful for the financial assistance they received as recipients of the College of Pharmacy Class of 1966 Scholarship, it was the meaningful connections they made with members of the class that made a lasting impression.

Each year, a few members of the pharmacy Class of 1966 meet with the recipients of the scholarship to share their career expertise and experiences with the students and to learn about the next generation of pharmacists. 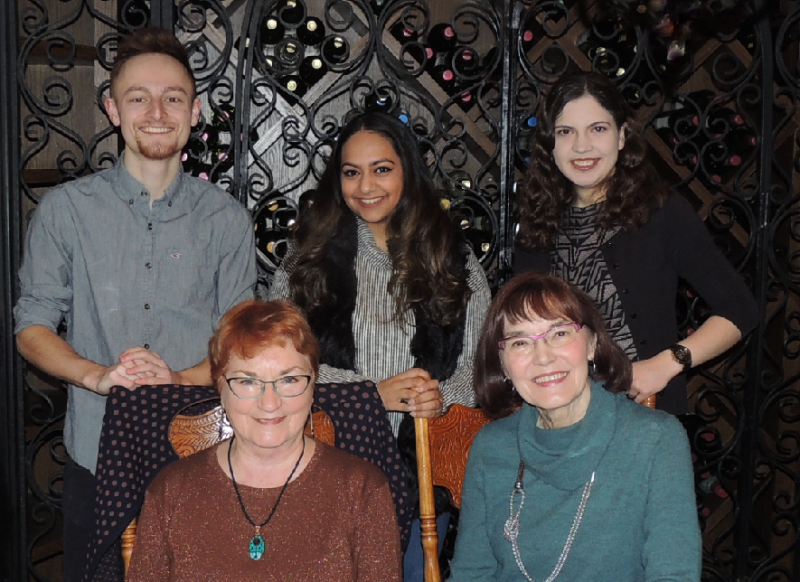 Class of ’66 members (front row from left) Marian Kremers and Vivian Quiring met for lunch with the 2018-2019 recipients of the College of Pharmacy Class of 1966 Scholarship (back row from left) Cole Janke, Megha Kaushal and Marianna Pozdirca.

“I think what sets the Class of 1966 Scholarship apart from other scholarships is that you don’t just get a notification that you were awarded funds, but you have the opportunity to meet with some members of the class and you are able to get to know them, ask them for advice and tell them about who you are as a person,” said Janke, who received the scholarship in 2017-2018 and 2018-2019. “It was a great experience.”

Class of ’66 members, who are celebrating their 55th anniversary virtually next week, have met with scholarship recipients since 2008 for lunch, after awards ceremonies, and more recently, over Zoom. Creating a personal connection with the scholarship recipients was one of the objectives the alumni developed after they discussed the creation of the award at their 40th anniversary in 2006.

“We are a group of individuals who are concerned with giving back to society,” said Class of ’66 member Dr. Daniel Sitar, a professor in the College of Pharmacy. “Because our class was successful from the point of view of career evolutions, we felt we wanted to do something to demonstrate gratitude for the careers we were able to have because of our pharmacy education at the University of Manitoba.” 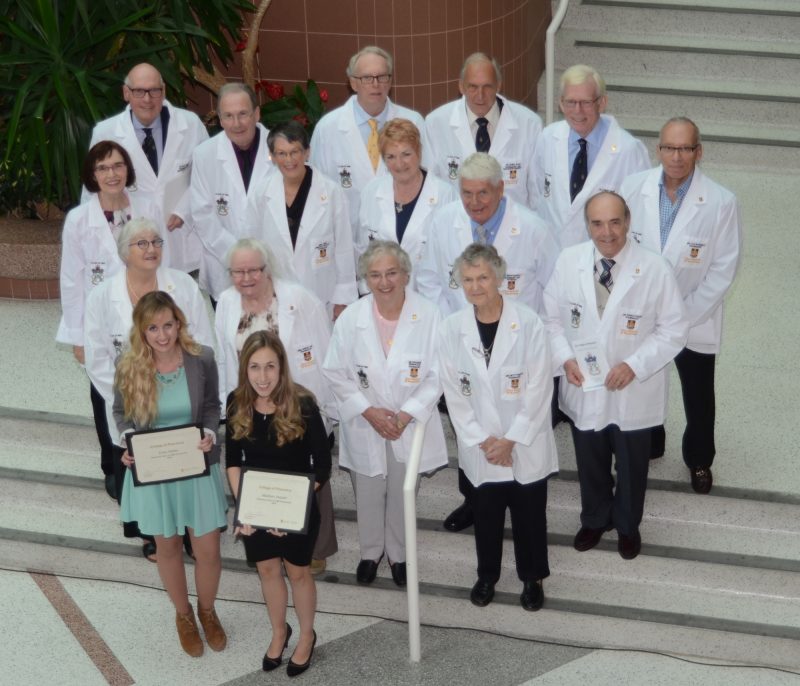 Being a small class (28 graduated) with close ties, they met the objective of each member making an initial contribution to the endowment fund – the first class to have 100 per cent participation at the University of Manitoba, said Vivian Quiring, who is one of the 23 remaining Class of ’66 members.

“It’s gratifying to see how far the scholarship has come,” Quiring said. “We’ve met the goals we set out to achieve 15 years ago.  It’s been a very rewarding experience to create a legacy that gives back to young people. The endowment fund will provide the scholarship for decades to come.”

Since its inception, contributions have continued and the endowment fund is in now in excess of $106,000. There have been 27 scholarship recipients.

The scholarship goes to pharmacy students in their first or second year who have achieved a grade-point average of 3.5 or higher. They are selected based on leadership experience, participation in extracurricular activities and good academic standing.

“Although we were the first pharmacy class to create a scholarship, we did not want to be the last,” Quiring said.

Other pharmacy classes have been inspired to establish scholarships of their own. They include the Class of 2004 Memorial Scholarship, the Class of 2009 Passion and Commitment Award and the Pharmacy Class of 2014 Bursary.

“We’ve led the way,” said Class of ’66 member Lyle Silverman, who raised the idea of a scholarship in 2006 as a way of remembering classmates who’ve passed away, as well as leaving a legacy. “It’s been successful. The scholarship is an opportunity to help out a new generation.”

The graduating Class of 2021 is inspired by the lead the Class of 1966 has taken.

“Their willingness to give back to future generations of pharmacists is something that is very inspiring for me,” said Kaushal, who received the scholarship in 2018-2019. “It’s such a legacy for them to leave this behind. To see that is very special. I hope the class of 2021 will establish a scholarship in the future.”

A University of Manitoba research team is looking for public safety workers and members of the general public to participate in studies that involve enrolling in a course designed to build resiliency and help improve mental health.