Rapid environmental change is a catalyst for human evolution, driving dietary innovations, habitat diversification, and dispersal. However, there is a dearth of information to assess hominin adaptions to changing physiography during key evolutionary stages such as the early Pleistocene.

Their findings, recently published in Nature Communications, include 2-million-year-old stone tools excavated from ancient river- and lake-bed sediments. Their results demonstrate that early humans were able to colonize a diverse range of environmentally changing habitats.

East Africa contains an extraordinary record of human evolution and environmental change over the last several million years. The multi-proxy dataset compiled by the team of Canadian and Tanzanian researchers along with partners in Europe and Australia, provide evidence that hominins swiftly colonized fresh volcanic landscapes and occupied these dynamic environments for sustained periods of time.

Stone tools play a key role in reconstructing hominin migration routes and behavior. Hominins fashioned stone tools using specific rock types that are hard (durable) and fracture easily to make sharp edges. At Oldupai Gorge, the common stone tool is made of quartzite, a silica-rich rock. The detailed study of these stone tools and links to the surrounding natural rock exposures show that hominins selected preferred raw-materials and exploited a variety of environments.

Dr. Paul Durkin has been a leading member of the project since 2018, and spent several weeks during the summer at the field site collecting samples and documenting sedimentary sequences exposed during excavation.

“Geoscience is a crucial aspect of the multi-disciplinary approach to human evolution research at OlduPai Gorge. As geologists, we study and sample the sedimentary layers from which stone tools and fossil bones are excavated in order to determine the environments that were inhabited and exploited by our early human ancestors and how they changed through time,” Durkin says. 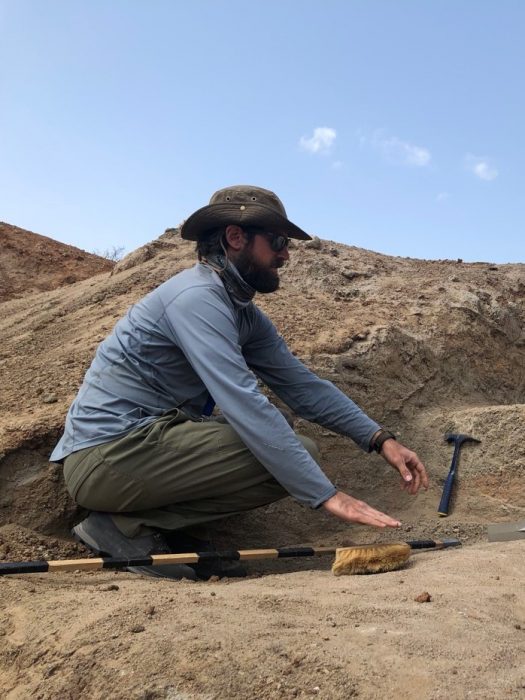 Dr. Alfredo Camacho’s expertise in geochronology and geochemistry are crucial to determining the age of the discovered samples from volcanic ash layers deposited above and below key archeological intervals provide bracketed ages on the discoveries; individual grains are age-dated using Dr. Alfredo Camacho’s Ar-Ar Lab in the Department of Geological Sciences at University of Manitoba.

The project members also recognize that the historical approach to archeology has sometimes ignored the local people living near excavation sites, and knowledge transfer to the local communities has not always been a priority. The Oldupia Gorge Stone Tools, Diet, and Sociality project is different.

“A non-scientific goal of the project has been to inform the Maasai and local Tanzanians why we are there and what we are doing. We have partnered with Tanzanian cartoonist and television host Masoud Kipanya to detail our work in cartoon and video formats in English and Swahili for the purpose of public outreach,” Durkin says.

“At the field site, we work directly with local Maasai employees and scholars. We share meals, socialize, and learn their customs and way of life. It is an incredible cultural experience. The friendships developed during extended periods of field work have been an amazing personal experience. I can’t wait to return,” he adds.

Although their 2020 fieldwork season was postponed due to COVID-19, the group intends to return to Tanzania to continue their research when it is safe to do so. 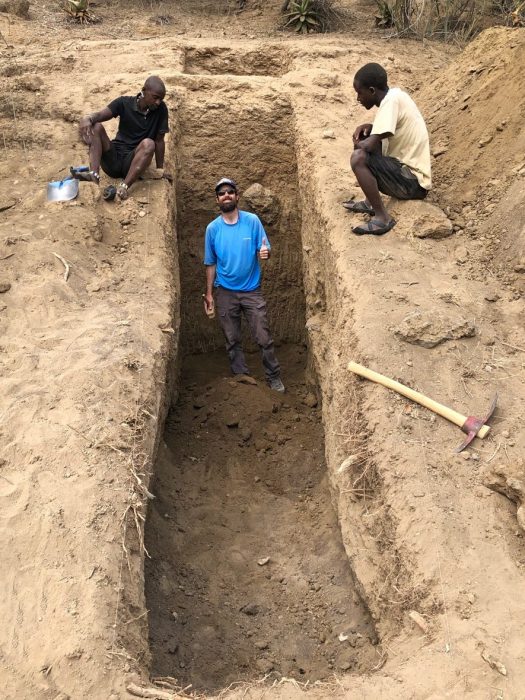 Story submitted by the Department of Geological Sciences