How birds changed their migrations during lockdowns

Early in March 2020 during the COVID-19 lockdown, Nicola Koper was driving down Osborne Street when she noticed how empty the Winnipeg street was. That’s when she realized the lack of traffic had created a unique research opportunity. “Normally, roads and noise aren’t separate,” explains Koper, a professor of conservation biology and associate head of the Natural Resources Institute, who has studied the effects of roads and noise on birds for more than 10 years. “It’s hard to tell if bird species are reacting to the noise of traffic or to the road itself.” 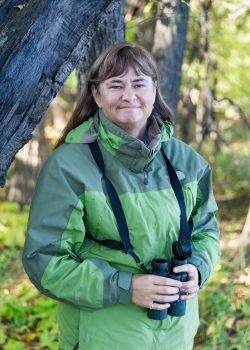 Nicola Koper is principal investigator and director of the C19-Wild Research Group based at UM.

Koper immediately reached out to ornithology colleagues across North America and the U.K. “We wanted to understand how COVID-19 lockdowns affected wildlife. We expected that less traffic might reduce vehicle collisions, noise and traffic and benefit birds, but there could be unexpected negative consequences, too.” Funding came from a $50,000 COVID Alliance Grant from the Natural Sciences and Engineering Research Council of Canada (NSERC). Because COVID-19 lockdowns coincided with spring migration in North America, researchers were curious to see if cities with stronger lockdowns from March to May 2020 would attract more of the birds flying overhead, versus cities with lighter lockdowns. The research compared birds in rural and urban counties, near major roads and airports, contrasting where birds were detected in 2020 to the previous three years.

Researchers were curious to see if cities with stronger lockdowns from March to May 2020 would attract more of the birds flying overhead, versus cities with lighter lockdowns. 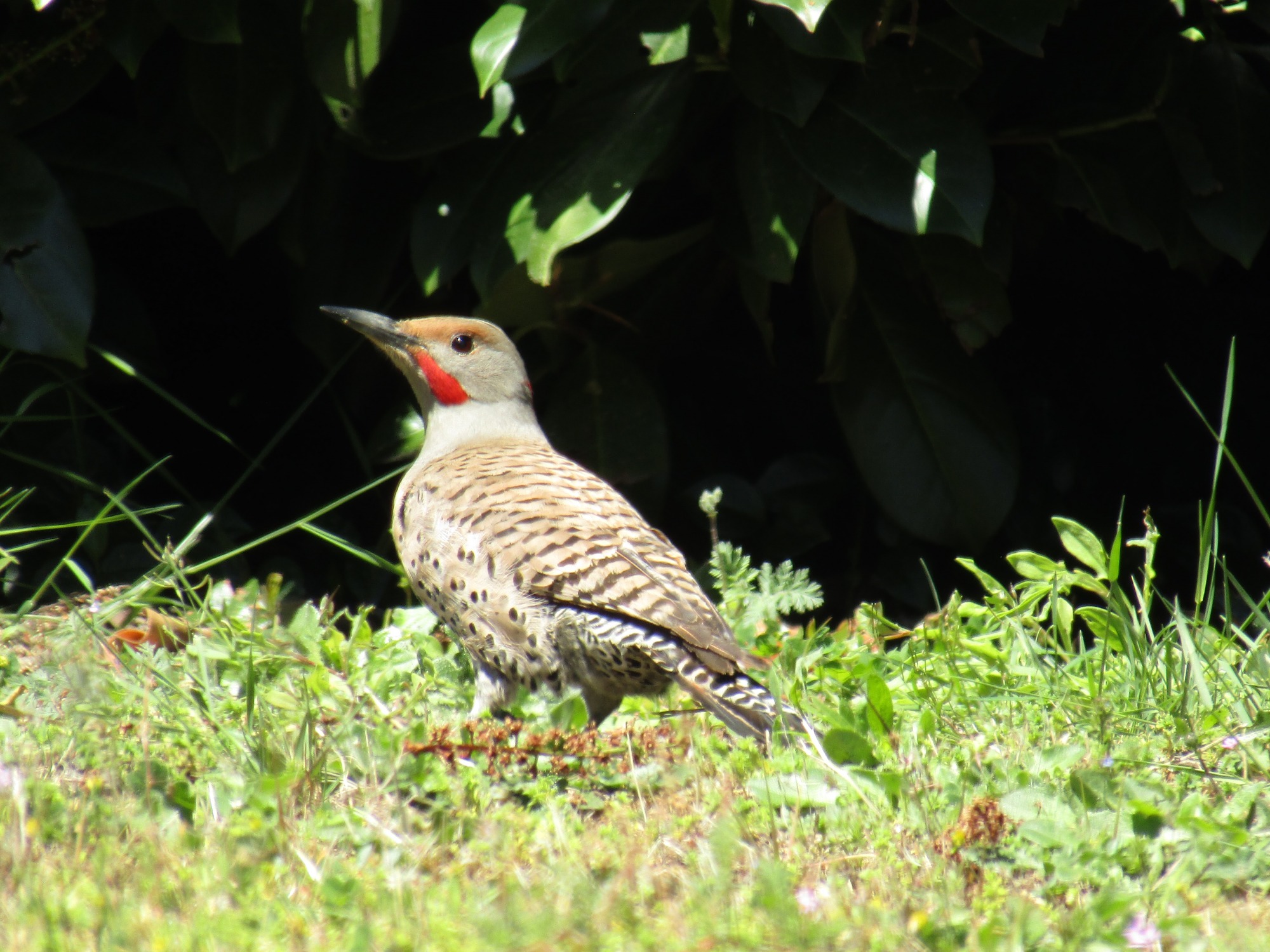 Coincidentally, ecologist Michael Schrimpf had approached Koper about postdoctorate work after he moved to Winnipeg in January 2020. The newly minted PhD (he virtually defended his thesis in April) had studied Antarctic birds for his dissertation at Stony Brook University, but pivoted to apply his skills in data analysis to the lockdown project. “It was mostly me staring at my computer screen,” says Schrimpf, explaining that unlike the popular image of field research, they were working with data from eBird, a citizen science effort that allows bird watchers to share their sightings: “In the past, a lot of ecological data came from a small team who could go out into the field and collect the data. In recent years, a number of programs have been able to collect a lot of data: Big Data.” That meant the project had some 4.3 million observations of birds from Miami to Vancouver to crunch among 82 species from hummingbirds to red-tailed hawks, including Manitoba visitors like bald eagles, robins, red-winged blackbirds and barn swallows. 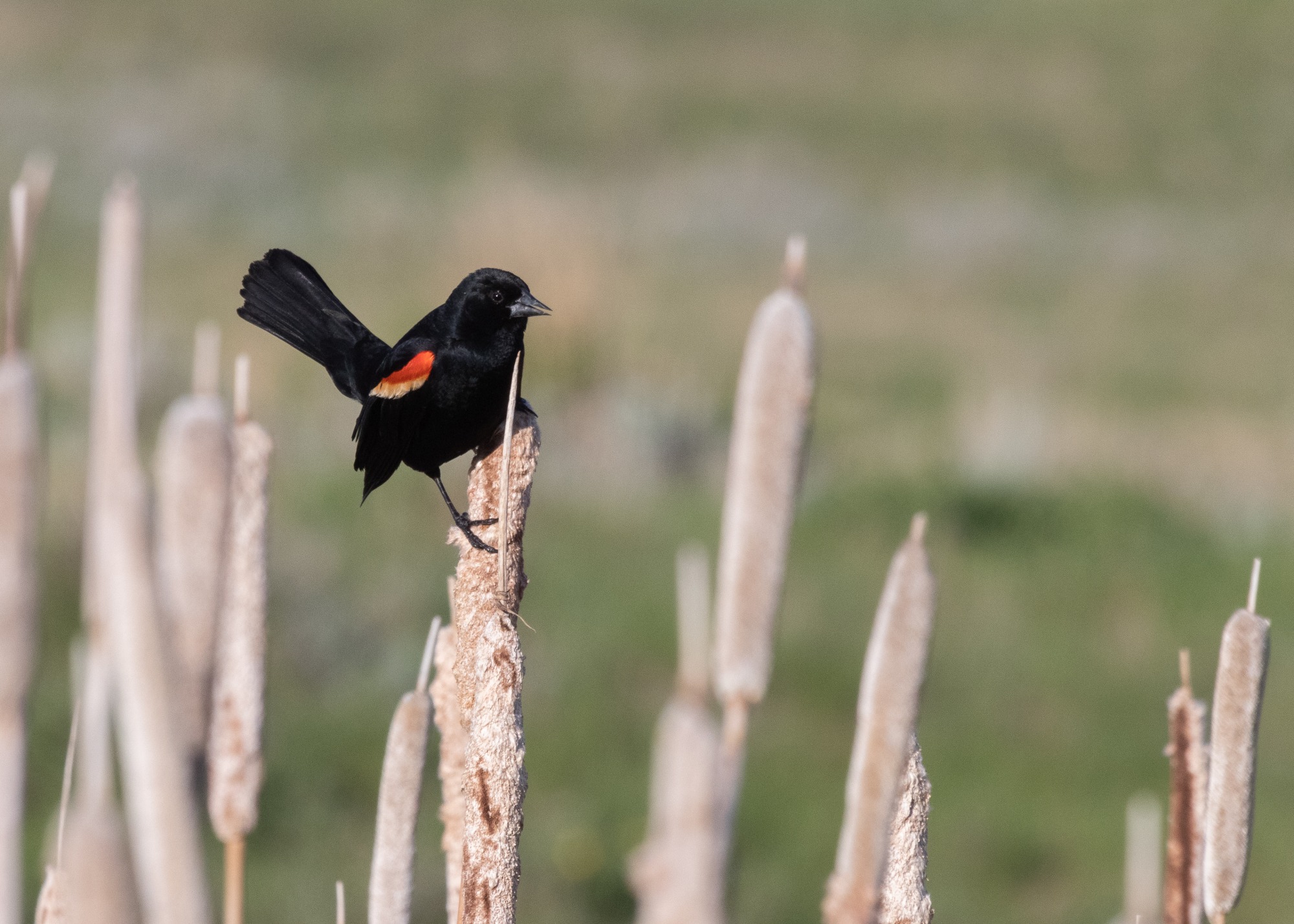 “This project was possible because of people’s observations before the pandemic: millions of observations of birds. There was already this army of volunteers making observations.” Schrimpf says the team relied on 16,405 people in Canada and the U.S. who entered sightings into eBird. “When there are millions of observations of birds, you have to filter data correctly. That requires careful statistical thinking—it’s a skill I’ve picked up over the years.” He is thankful to staff at Shared Compute (CC Cluster) at the University of Manitoba, who helped him run statistical models at a speed his laptop couldn’t match.

There was already this army of volunteers making observations. The team relied on 16,405 people in Canada and the U.S. who entered sightings into eBird. 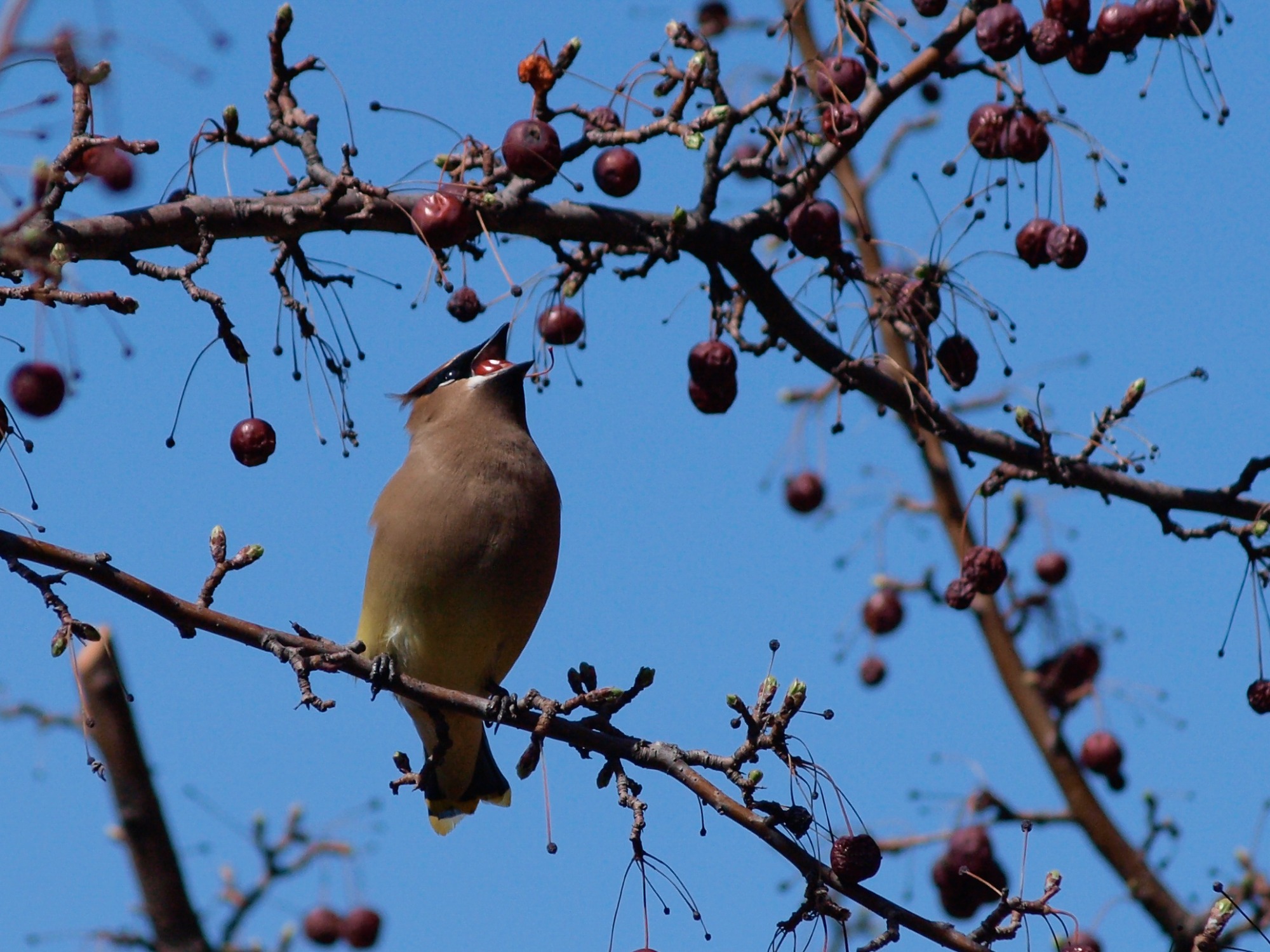 At Environment and Climate Change Canada (ECCC), when Nancy Mahony heard about Koper’s project, the research biologist was eager to sign on along with her colleagues. The Edmonton-based scientist shares a research interest in grassland birds with Koper—“I have a study site not too far from Nicky’s in Alberta”—and has worked with Koper’s graduate students and collaborated on previous projects. “This was a unique opportunity. It’s an inadvertent experiment. You don’t get a chance to do this in field conservation research.” Less is known about migration than about breeding grounds, Mahony points out, when it comes to declining bird populations. On the practical side, the research has implications for mitigation efforts to protect birds, like figuring out if installing a sound barrier along a road will help or not.

As well, Mahony notes that ECCC values the chance to work with university researchers. “They have connec­tions and resources that we don’t,” says Mahony. “It gives us a chance to work with graduate students to help train the next generation of applied biologists and conservation biologists. We get a chance to work with people doing cutting-edge research.” She wants to continue the collaboration, which next will involve untangling how different factors interact. Do birds normally avoid roads because of noise, because of collisions between low-flying birds and vehicles, or because the road changes the behaviour of predators like foxes and coyotes?

The team is submitting their results to journals, while they continue to analyze the data already collected. Koper wants to take a closer look at species at risk. She also wants to add data on air pollution, a new research direction that results from yet another inter-university collaboration, including her C19-wild.org website. “Through this project, I have met so many scientists that I would never have met,” says Koper. “We wanted to get something positive out of the tragedy of COVID-19.”

Citizen science in a pandemic 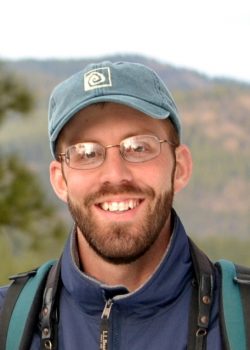 Michael Schrimpf is the postdoctoral fellow who is taking the lead on several papers on impacts of COVID-19 lock­downs on birds.

People’s lockdown pastimes may have inadvertently contributed to science. Nicola Koper’s project used data from eBird, an effort of citizen science—when ordinary citizens contribute their scientific observations to a greater project. While eBird was launched in 2002 by Cornell Uni­versity and the National Audubon Society, it’s far from the only project to have birders record their sightings, allowing researchers to track where bird species live and how abundant they are. At ECCC, Nancy Mahony uses the North American Breeding Bird Survey (inaugurated in 1966) to judge long-term population trends. The earliest bird-related citizen science is the Christmas Bird Count, which started in 1900 as an alternative to the 19th century tradition of a Christmas hunt.

Koper believes more people than usual were bird­watching in spring 2020: “With lockdown, people were reaching out for something that would give them pleasure. There were all these people stuck at home who wanted to contribute to something bigger than themselves while also relieving their stress by immersing themselves in nature.” 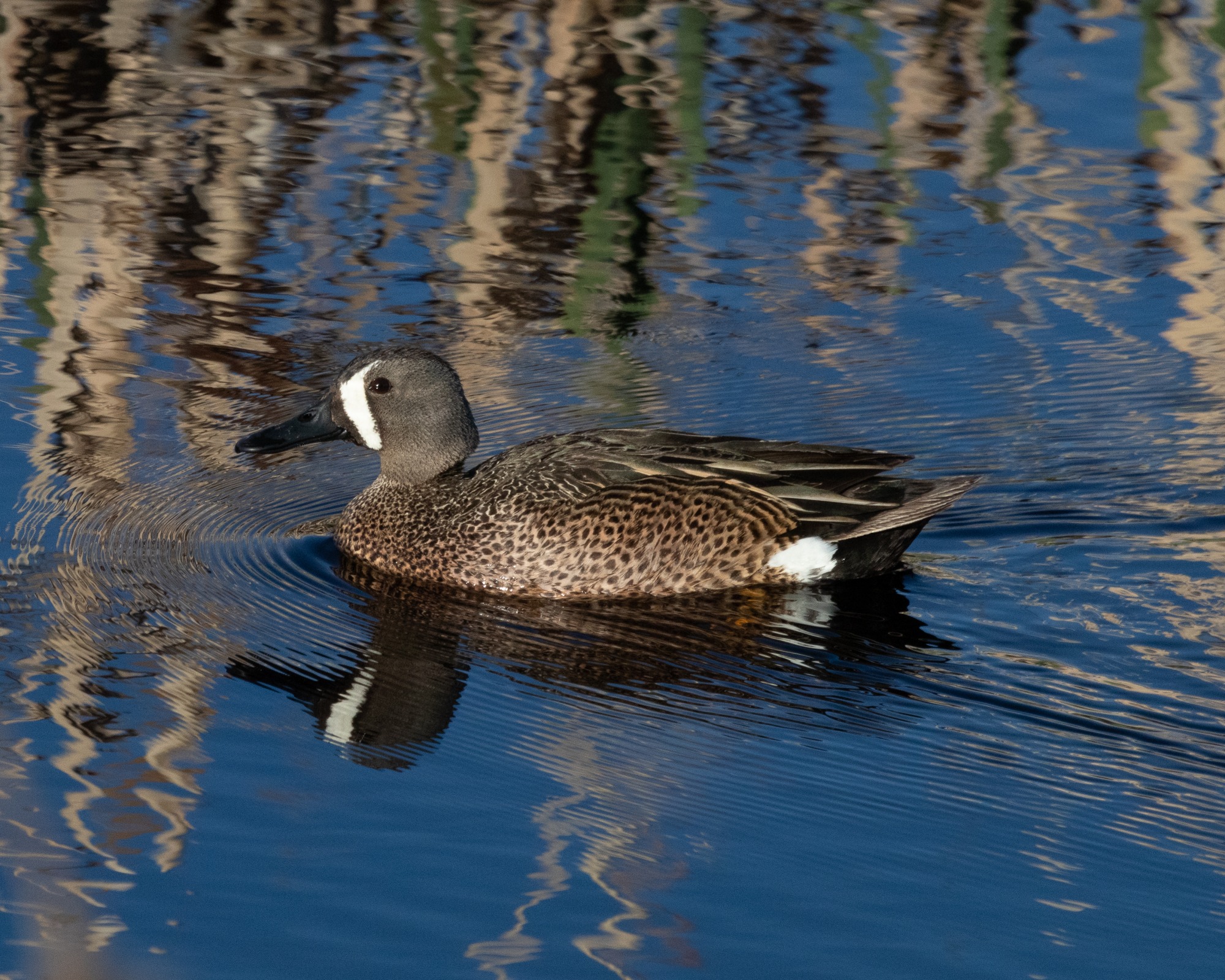 Postdoctorate researcher Michael Schrimpf started contributing bird observations to eBird in the early 2000s, then became a volunteer data reviewer in 2012. “Some eBird contributors are professional scientists. But most aren’t, they’re people from all walks of life. For example, 15-year-old kids can be great at identifying birds. Even people who are just interested in the world around them can contribute to science.” And in the long run, citizen science can help to conserve birds.

On the Wing is one of the feature stories in the Winter 2021 issue of ResearchLIFE magazine.