Gillian Laninga, one of four student panelists, sits on the 'Connecting: One Conversation at a Time' bench outside the Helen Glass Centre for Nursing.

As part of National Nursing Week, a group of students and faculty at the College of Nursing, Rady Faculty of Health Sciences officially launched a new initiative promoting mental health awareness with an engaging virtual event on May 10.

The initiative, Connecting – One Conversation at a Time, was announced in October 2021 when the first of two benches was installed outside the main entrance of the Helen Glass Centre for Nursing, Fort Garry Campus. The bench, meant to provide a welcoming space to encourage peer-to peer-conversations about mental health, features a plaque with a QR code to mental health resources. 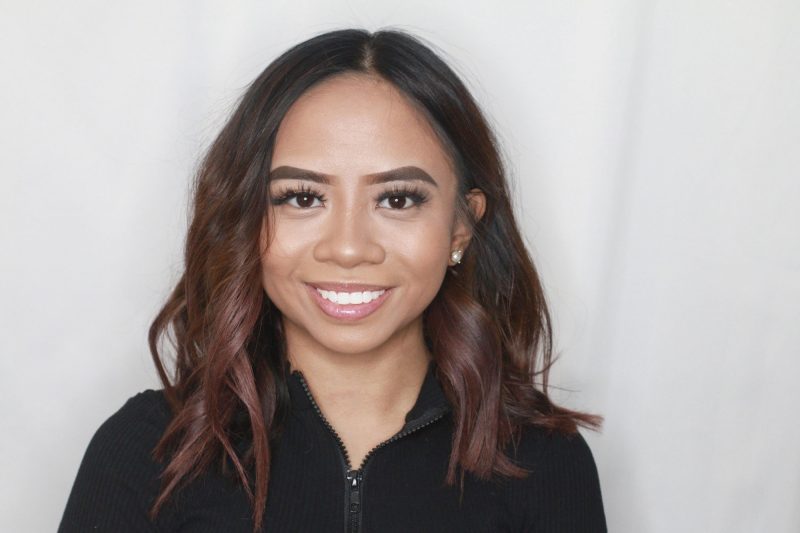 In 2018, Aquino received the YMCA of Greater Toronto Peace Medal for a non-profit project that provided youth across Canada safe spaces to talk about mental health. She discussed her own journey to understanding the importance of taking care of one’s own mental health.

“There have been many challenging moments in my activism journey that were filled with discouragement, defeat, negativity and self-doubt, but the most trying phrase that I heard consisted of five simple words: ‘That’s just the way things are,’” Aquino said.

These were the words she heard at the age of 15 from an executive at her school board when meeting to discuss promoting mental health awareness to high school students. The meeting took place just six weeks before Aquino lost one of her closest friends to suicide.

“(The school board executive) told me that people having poor mental health and the stigma around it will never change. That was seven years ago and unfortunately, at the time, I believed him.”

Aquino, who lives with anxiety, depression and post-traumatic stress disorder, said the Connecting: One Conversation at a Time initiative is an important step for the UM community to get past the stigma surrounding mental health and the silence it entails.

“This project is amazing and it means a lot to me as I am from Manitoba, grew up in Winnipeg, and a lot of people close to me have attended the university and gone through the nursing program,” she said. “I’ve always been an advocate for the power of conversation because I have seen it make transformational changes to people’s days and even lives.” 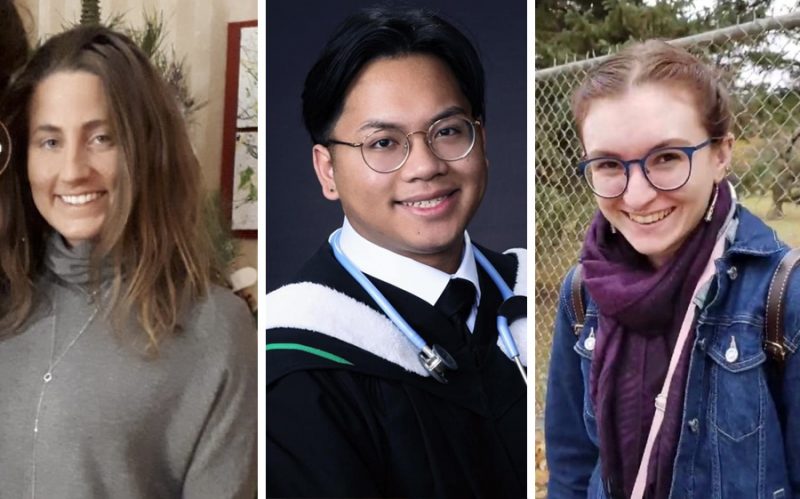 Kaethler recently completed her senior practicum in psychiatric health. She talked about the stigma around mental health, including for those working in the field.

“When I tell people I’m going to be a nurse and they ask where, I’m met with silence and awkwardness when I tell them I’m going to be working in psych,” she said. “It’s like people don’t know what to say and they feel uncomfortable.”

Kaethler said the initiative is important to her because opening the conversation around mental health will better connect people, including nurses and their patients.

“I’ve had, and continue to have, my own struggles with mental illness. It’s something I’m pretty open about, and this openness has allowed me to deal with it in a healthier way and allowed me to have a certain level of empathy and compassion in nursing.”

The initiative’s second bench will be installed at the lower level fireside lounge at University Centre once construction there is complete.

“The usage of the QR codes and benches will help to encourage personal connections, conversations, and de-stigmatization of mental health and ultimately help people know they are not alone in what they are facing,” Laninga said.