All student cast brings coming of age story to life

The University of Manitoba Theatre Program has opened their first mainstage of the year; Look Homeward, Angel. The show runs November 20 – 30.  This is the first of three mainstages that the program puts on in the year, and the latest play directed by esteemed Distinguished Professor, George Toles. 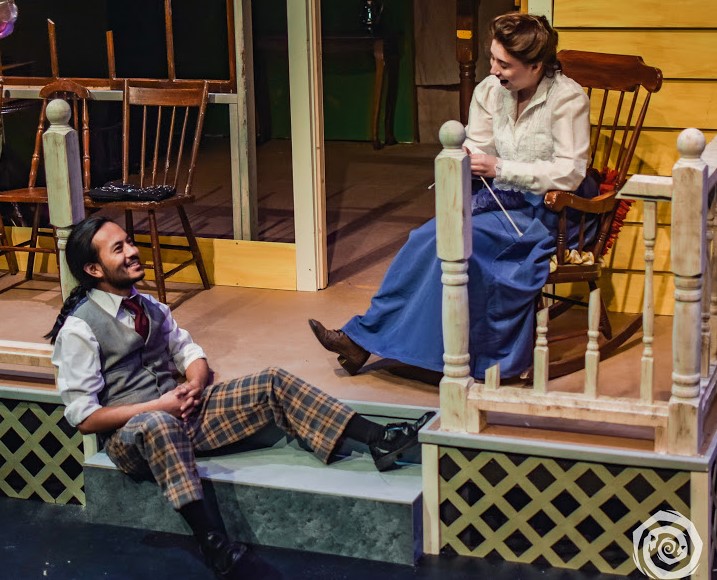 “The play is ultimately about family, as the vast majority of plays I directed have been,” said Toles, when asked about the main themes of the show. “It seems to me that society written small, and all of the conflicts that spread out to the culture at large, can be found in family drama, if written properly.”

Look Homeward, Angel is a 1958 Pulitzer Prize winning play by Ketti Frings, an American author, playwright and screenwriter. Frings adapted the Thomas Wolfe coming of age novel of the same name into the play that opened on Broadway where it received six Tony Award nominations. Loosely autobiographical, the play follows the lives of Eugene Gant and his family, as they run a North Carolina boarding house in the early 1900s. The play is filled with surprises, thoughtfulness and tension, rounded out by a talented all student cast.

Toles has been connected with the U of M Theatre Program since 1977. His eclectic University College office door, that some say presents his own autobiography, was recently featured in UM Today The Magazine. “What I like about his directorial style is, he cares more about the actor’s relationship with their characters, than the presentational aspect of theatre,” said Actor Sherab Rabzyor Yolmo, talking about Toles’ approach to theatre. “Every word is fully motivated, and if everyone in a cast is doing that, the presentation, the way the show looks, is going to be amazing.”

Look Homeward, Angel runs from November 20-30, in the John J. Conklin Theatre at the Gail Asper Performing Arts Hall in the Taché Arts Complex.  All shows are performed at 7:30 pm, except for a 2:00 pm show on Sunday, November 24.

Perhaps we will see a photo from this production on Toles’ door in the near future.