The Winnipeg Foundation Innovation Fund has awarded a $100,000 grant to a University of Manitoba research team aiming to improve the benefits of cognitive behavioural therapy by combining it with non-invasive brain stimulation.

Dr. Ji Hyun Ko, associate professor of human anatomy and cell science at the Max Rady College of Medicine, and his team plan to study the effects of non-invasive brain stimulation on participants enrolled in UM’s cognitive behavioural therapy with mindfulness (CBTm) class. 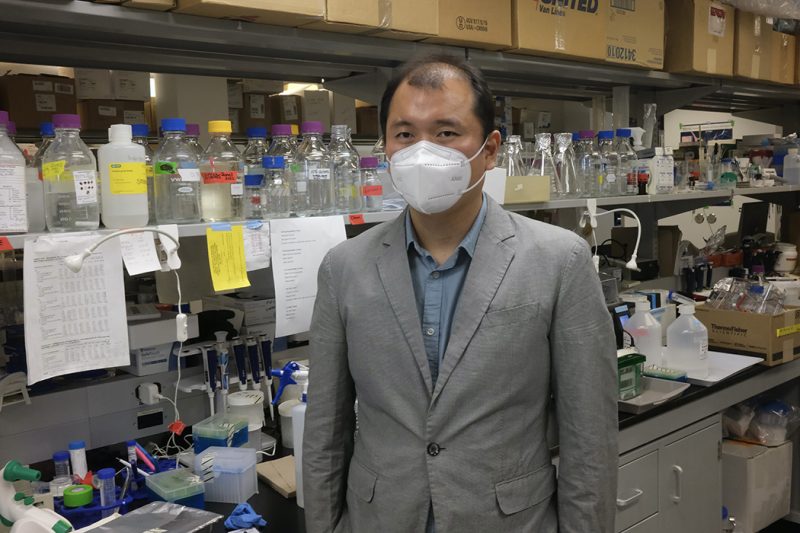 CBTm is a five-week online class used to treat Manitobans with mental health conditions such as anxiety and depression. The UM-run class covers areas like mindfulness, goal setting and realistic thinking.

This research builds off one of the team’s previous studies. The team found the CBTm class increased the connections between two key brain regions – the posterior cingulate cortex and the ventrolateral prefrontal cortex – of the study’s participants.

“Using an MRI, we identified key brain regions that seem to be important in explaining the benefit of cognitive behaviour therapy,” said Ko, the study’s principal investigator. “The connections between the two regions were improved after treatment and it seemed to be important for participants’ symptom reduction.”

When someone is taking the CBTm class, they are practicing mindfulness and working on cognitive skill exercises. Ko said this strengthens the connectivity between the two brain regions, and if they introduce brain stimulation, this could further improve the results.

“When you’re training your muscles, if you have some assisted device like a weight, it can further improve your strength,” Ko said. “We believe this can be done using brain stimulation.”

The project is a pilot study with a sample size of 30 people. The study participants will take part in the five-week CBTm class, and will undergo the brain stimulation each day on the Bannatyne campus.

“If the brain stimulation works, then we will have to think about how to make it more accessible because the stimulation device is pretty expensive,” Ko said. “If successful, the study will provide a novel approach to further enhance the clinical benefit of CBTm.”

A University of Manitoba project aimed at providing emergency department health-care professionals with the latest information about conditions related to COVID-19 and children has received more than $433,000 from the Canadian Institutes of Health Research

After working as an emergency nurse around the world for nearly 15 years, it became clear to Sarah Filiatreault is now researching how to best enhance emergency department care..