The cover image for "I Will Live for Both of Us" featuring Joan Scottie.

I Will Live for Both of Us: A History of Colonialism, Uranium Mining, and Inuit Resistance is a book that discusses critical activism that has occurred in the Kivalliq Region of Nunavut. It has been published recently through the University of Manitoba press and highlights Inuit resistance to uranium mining. The lead author is Joan Scottie, an Inuk Elder from Qamani’tuaq (Baker Lake), Nunavut. Warren Bernauer, one of three authors of the book, is a postdoctoral fellow at the Natural Resources Intitute and the Department of Environment and Geography. Warren worked alongside Joan Scottie and Jack Hicks to write the book. In writing I Will Live for Both of Us, the three authors integrated academic research with Joan’s knowledge and perspectives as a hunter, Elder, grandmother, and community organizer. 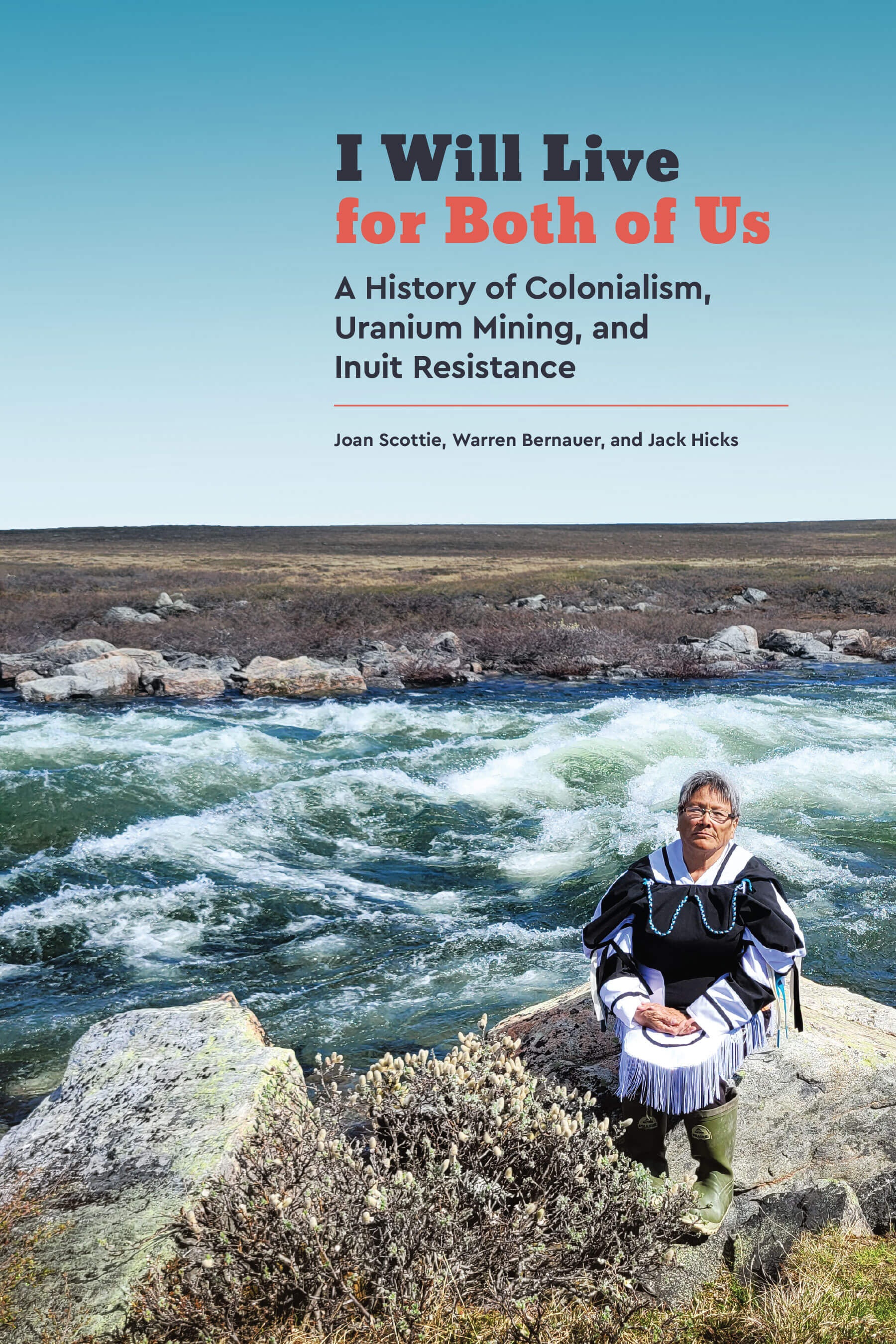 Figure 1. The cover image for “I Will Live for Both of Us” features Joan Scottie, an Inuk Elder, sitting outside on a rock against crashing waves.

Throughout the book, Joan shares the history and stories behind her community’s decade-long fight against uranium mining. Traditional Inuit laws surrounding resource management, the land, and animals are brought to the forefront while other conversations draw from Inuit experiences in residential schools, the politics of gold mining in Nunavut, and the nuclear industry altogether.

I Will Live for Both of Us provides a reflection on political and environmental history. “The authors bring detailed insights into the context of neoliberal resource extraction and ongoing processes of colonial dispossession, making the book of great interest for Inuit, Canadian, and international audiences, alike,” says Rebecca Hall in her review of the book for Canadian Journal of Development Studies. “The text, dynamic and accessible without forsaking depth, will certainly lend itself to research, classroom and popular reading. And its focus on historical and contemporary Inuit resistance will provide inspiration—and, indeed, a suite of tactics—for community organizers.”

Joan Scottie was born at a traditional Inuit camp in what is known today as Nunavut. She resides as an Inuk Elder living among the community of Qamani’tuaq (Baker Lake). She has been a leading voice for Inuit opposition to uranium mining since the 1980s.

Warren Bernauer is a postdoctoral fellow at the Natural Resources Institute and the Department of Environment and Geography with the University of Manitoba’s Clayton H. Riddell Faculty of Environment, Earth, and Resources.

Jack Hicks is an Adjunct Professor in the Department of Community Health and Epidemiology, College of Medicine, at the University of Saskatchewan. He has worked for Inuit organizations for more than 30 years.

I Will Live for Both of Us has been published through the University of Manitoba Press and is featured in the series: Contemporary Studies on the North. It can be found here: https://uofmpress.ca/books/detail/i-will-live-for-both-of-us