Postdoctoral student Anuprita Kanitkar demonstrates how a ‘therapy mouse’ can be attached to a utensil, such as tongs, enabling a rehabilitation client to improve their arm or hand function while playing a computer game.

At the start of his four-decade career in physical therapy and neuroscience research, Tony Szturm [PhD/88] looked to his past for inspiration.

Szturm has been legally blind since the age of 10 from a rare eye disease that is usually caused by age-related deterioration. From a young age he was exposed to assistive technologies, such as video magnification systems and computer-based voice software.

This, he says, influenced his decision to explore emerging technologies and computer games to help people with physical and cognitive impairments.

“Technology certainly helped me,” he says. “So when I started my research, I thought about how we can take advantage of technology to provide engaging programs for people.”

Szturm was born in Thunder Bay, Ont. and earned degrees in biology and physical therapy at Western University. He began his career in Winnipeg as a physical therapist at Health Sciences Centre in 1980 and joined what was then UM’s School of Medical Rehabilitation in 1986.

For the past several years, his research has focused on developing and testing a computer game-based rehabilitation platform, the first of its kind in Canada. It’s designed to help people with injuries or impairments improve the use of their arms or hands through “repetitive task practice.”

Szturm spent about two years working with SMK Electronics, a U.S.-based subsidiary of a Japanese tech firm, to miniaturize its Elite motion mouse, creating what is called the “therapy mouse.” The small (3 x 3.5 cm) wireless motion sensor can be attached to almost any object or utensil, such as a ball, a cup or a pair of tongs.

This transforms the object into a computer mouse that can be used to control an onscreen game. In this way, objects of various sizes, shapes, weights and functional demands can be used for therapeutic exercises.

The platform can use commercially available computer games. A client can practise motor skills and have fun at the same time, which is important for encouraging clients to stick with a rehab program, Szturm says.

“It’s tedious, hard work to learn how to use your hand again if, say, you’re a stroke client or someone with a spinal cord injury,” he says. 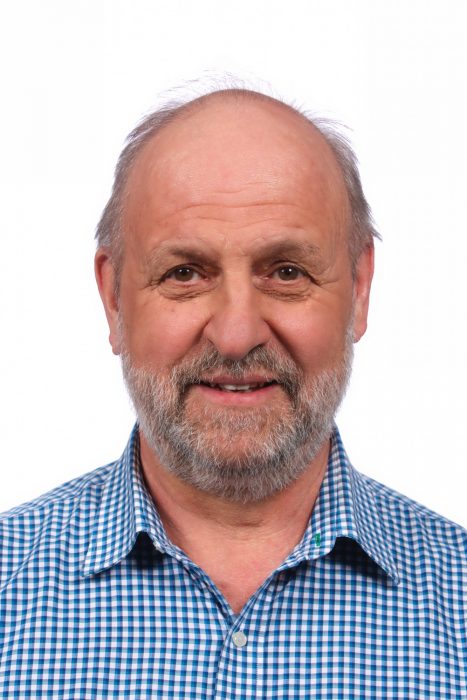 “Therapy is long-term. But people can’t afford to come to physio three times a week for months or years, so increasing accessibility is critical – and that means effective rehab programs that can work in the home.”

A computer game-based rehabilitation platform would be ideal for home use by people in remote and rural areas, he says. A health-care professional would need to set it up, but exercises could easily be done alone.

Assessments of the client’s progress could be performed via teleconferencing, or through automated records that are generated while a game is being played.

Szturm’s team has developed a game that performs assessments. “Commercial games can’t do assessments,” he says. “So we had to develop our own to automatically collect data on the client’s performance, for feedback and as an outcome measure.”

Dr. Tony Szturm tests a rehab platform that uses head movements to interact with a computer game as a client walks.

The team is also working on combining the use of computer games with a treadmill and pressure mat to treat balance, gait and cognitive impairments. This platform also uses the small motion sensor, but it’s placed on the client’s head.

“We can use head movements to interact with many different computer cognitive games while walking on a treadmill or performing various balance exercises,” Szturm says.

With Dr. Ji Hyun Ko from the department of human anatomy and cell science and Dr. Nariman Sepehri from the Price Faculty of Engineering, Szturm recently received $1.5 million from the Weston Brain Institute to test this platform in a study of patients with Parkinson’s disease.

These devices, he says, can aid clients with spinal cord injuries and stroke in their rehabilitation of hand and arm function. The project is one of four the team is doing in collaboration with SDM University in Dharwad, India.

“Just by the nature of its population, India has many people who are impaired,” he says. “It might take us two years to find 20 participants in Canada, but in India we can get that in a half a year.

“The majority of India’s population is in rural areas, so again, affordability and accessibility are major concerns.”

Szturm says the key to these platforms’ success is that the games must be fun and something the clients will enjoy coming back to.

“Many clients have asked why this was not offered to them at the beginning of their rehab experience,” he says. “They often say the exercises are tough but very good, and that time flies by when they’re interacting with them.”