Originally from Ghana, Naomi Armah moved to Winnipeg in 2015 for the U of M master’s program in nursing, and is looking forward to her PhD journey over the next four years.

The College of Nursing, Rady Faculty of Health Sciences welcomed 10 students into its doctoral program this fall, the largest group since the program’s inception in 2013 when five students were accepted.

The group, which begins a four-year journey toward a PhD in nursing, includes three faculty members from Red Deer College.

Shireen Bell, Kristen Gulbransen and Raigne Symes were encouraged to pursue doctoral degrees at the University of Manitoba following discussions with Dr. Bev Temple, associate dean of the School of Health Sciences, Red Deer College, and formerly of the College of Nursing. Red Deer College is currently in the middle of a transition to university status, they noted.

“I would love to continue to learn about nursing education and how we can advance our profession through education and I feel that a doctorate in nursing is a good way to take the first steps in this direction,” said Symes.

The trio said they appreciated the support from the College of Nursing through the application process, as well as the warm welcome they received during orientation week.

“Health sciences programs at the graduate level can be very competitive with people so busy and disconnected, but we had the opposite experience at U of M,” said Bell.

“Being able to meet as a cohort during orientation was a meaningful and great way to start the semester,” Gulbransen added. 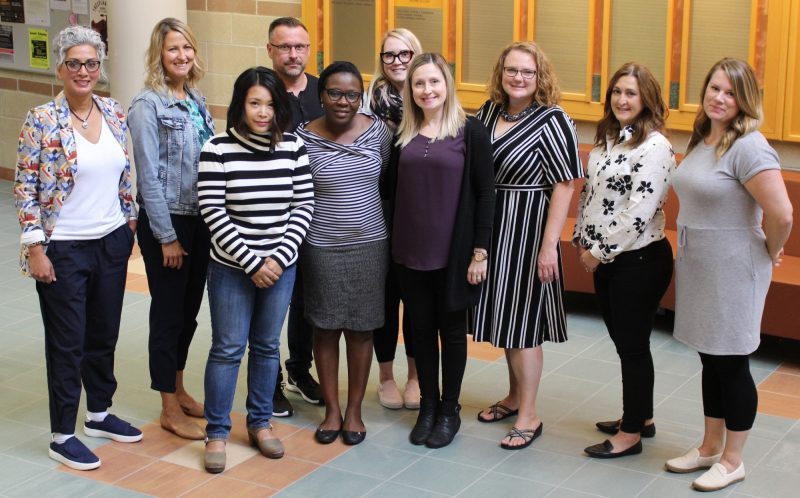 Gulbransen’s research will focus on patient experience in labour and delivery, specifically how kindness affects patient and nurse interaction. Meanwhile, Symes is interested in exploring how the leadership style of a dean or director influences a nursing faculty; and Bell will look into what makes a nursing student academically successful.

“I’m seeing a lot of problem-focused supports at the post-secondary level – how to help students who have difficulty writing or managing stress – and feel the need to turn the conversation around to a positive, strength-based approach,” Bell explained.

The cohort also includes one international student, who returns to the College of Nursing just months after completing her master’s degree. Originally from Accra, Ghana, Naomi Armah moved to Winnipeg in 2015 for the master’s program and is looking forward to continuing her U of M journey over the next four years.

The focus of her research will be on communication between health providers and their patients, particularly intercultural communication education as a way to resolve issues with inequitable health care.

“I believe education is an appropriate pathway to facilitate change in health-care systems,” she said. “Evidence-informed, equitable and culturally sensitive health care delivery is a necessity and relies heavily on the influence of education and scholarship.”

Not all of the class are from out-of-province, however, and some have always called Manitoba home. 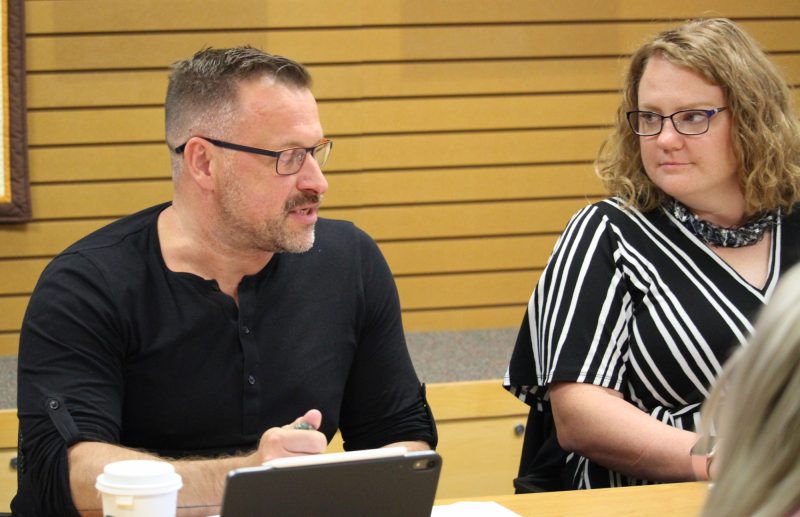 Daniel Gagne and Raigne Symes at an Orientation Week event at the College of Nursing.

Daniel Gagne grew up in Otterburne, Man., a small French farming community 40 minutes south of Winnipeg. He has three previous degrees from the U of M, including bachelor’s and master’s degrees in nursing. He said he was drawn to nursing as a career in his early 20s when he got to know the nurses who cared for his mother while she received chemotherapy treatment.

“I learned about the various roles and opportunities for nurses. They made a big impression on me,” he said.

After spending about 10 years working at the bone marrow transplant unit at CancerCare Manitoba, Gagne will focus his research on family transitions following stem cell transplants.

“My decision to pursue doctoral studies are for personal and professional reasons,” he said. “The program will allow me to further advance the skills I developed in my master’s program, like critical thinking, analysis, academic writing and advancing my research capacity. I want to transform and improve systems of care and society by influencing health-care policy and practice.”

Dr. Donna Martin, associate dean of graduate studies, said the intake of this class shows how the College of Nursing is regarded across Canada and the world, and she looks forward to seeing what this group accomplishes on their journey toward their PhDs.

“Having world-class researchers has really enabled us to recruit a high number of high-calibre doctoral students,” she said.

The Rady Faculty of Health Sciences is calling on senior students and residents across its five colleges in an effort to support the health-care workforces of First Nations communities.