The third-year dental hygiene student received the scholarships at the Dr. Gerald Niznick College of Dentistry and School of Dental Hygiene’s Awards Evening on Nov. 17. More than 70 awards and scholarships were handed out to students, staff and faculty. 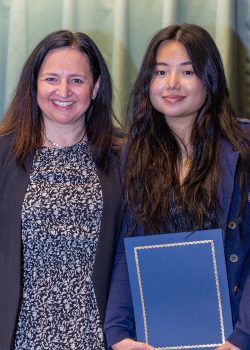 Rantael received the Dr. A.W. Hogg Scholarship, handed out for highest standing in the second year of the dental hygiene program, and the Isbister Undergraduate Scholarship in Dental Hygiene, awarded based on eligibility for the dean’s honour list and for the highest average standing in years one to three.

“To me, winning both awards meant that I truly did my best,” said Rantael, who also received the Manitoba Dental Association Scholarship in Dental Hygiene.

Dr. Anastasia Kelekis-Cholakis, dean of the Dr. Gerald Niznick College of Dentistry, told the audience in the Frederic Gaspard Theatre that as educators and administrators, the Awards Evening serves as a source of pride and motivation.

“We take pride in our students’ accomplishments, as we’re invested in their success,” Kelekis-Cholakis said. “Seeing our students succeed is one of the most rewarding aspects of the work at the college.” 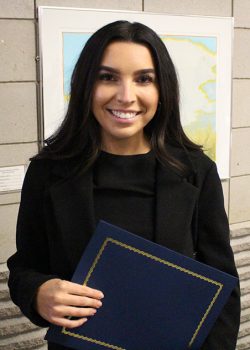 Third-year dentistry student Emily Schumacher said it was great to see the faculty, staff and students at the event supporting each other. She received four honours, including the Dr. A.W. Hogg Undergraduate Scholarship for Dentistry, awarded based on eligibility for dean’s honour list and for the highest average standing in years one to three.

“I was just overwhelmed – so happy – because just a little bit of recognition gives you that extra push to keep going,” Schumacher said.

Second-year dental student Gurpreet Deol said that everyone is really busy, but it’s nice to have a break and get together for the Awards Evening. He received three honours, including the Isbister Undergraduate Scholarship for Dentistry, awarded to the dentistry student with the highest sessional grade point average irrespective of the year, excluding the graduate class. 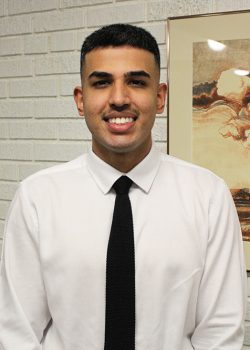 “It feels pretty good to win the award,” Deol said. “It feels nice. There’s a sense of validation. My parents realize ‘oh, he is doing good in school.’”

“The awards presented to faculty and staff are the result of nominations from students and peers,” said Mary Bertone, director of the School of Dental Hygiene. “To me that makes these awards particularly meaningful as they represent acknowledgement by those we serve and those we serve with.”