But parents may be surprised—and a little relieved—to know the most effective option doesn’t cost a cent.

When UM psychology researcher Melanie Soderstrom meets with local mother’s groups, she always begins with the same question: Have you ever been told baby talk is bad for your child? Almost always, there are nods and raised hands from parents who’ve been given this advice by health professionals and all-knowing family and friends.

If their babies had a say, however, they’d tell you the opposite.

The head of UM’s Baby Language Lab, Soderstrom points to the results of an international study she co-led on infant speech preferences across 16 countries that was published last year. The team found baby talk, or “infant-directed speech,” was overwhelmingly preferred by babies, especially after 12 months old.

Although it’s difficult to know for sure why this is so, Soderstrom says one of the most compelling theories suggests it has something to do with communicating emotion.

“Infant-directed speech is really happy. The acoustic characteristics, the intonational properties, are very related to what we do when we’re happy. That’s not an accident—you don’t talk mean or sad to a baby,” says Soderstrom.

This joyfulness coming from their main caregiver, combined with the unique melodic pattern and higher pitch of baby talk, is so distinctive (we rarely use it elsewhere—except maybe with pets) that babies instantly recognize it as theirs. They pay attention, and in this way, develop an understanding of language more quickly.

Other research underway in the Baby Language Lab:

The team realized there are cultural differences when it comes to baby talk. For example: in small-scale traditional communities such as Papua New Guinea’s Rossel Island, infants learn their language—Yélî Dnye—from an extensive network of caregivers, sometimes as far away as the next village, before returning to mom when they’re hungry.

“The notion of primary caregiver kind of gets turned on its head,” says Soderstrom. “We have these communities that we know don’t produce infant-directed speech, at least not to the extent Western societies do, or they do it in a very different way. And yet, the children in those communities appear to reach basic language milestones at the same time as kids in Western societies.”

To find out why, Soderstrom has partnered with cross-cultural researchers to study the early-language experiences of infants being raised in diverse ways and settings. Audio recordings are taken in the field, rather than in the lab, over the course of many days to determine just how parents and other caregivers interact with children.

Audio of a mother talking to her baby

But how do you make sense of it all, when each culture is unique? Soderstrom and her team are developing a transcription system and machine-learning tools, which will recognize consistencies in language development that can act as baselines.

For Soderstrom, it’s a game-changing moment for language research. “It’s really highlighting how important it is to broaden our thinking and question our assumptions. That doesn’t mean throwing out decades of scholarship; it means taking different lenses to it and figuring out how we can resolve discrepancies in a meaningful way.”

Bringing up baby (around the world) 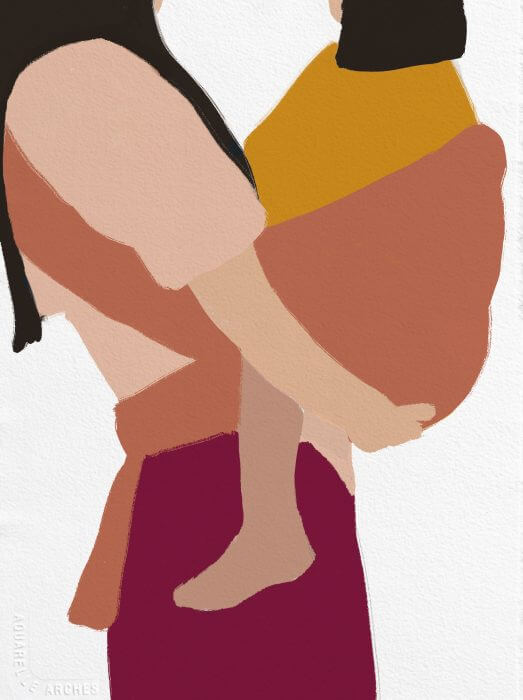 The Western notion of “naptime” isn’t universal. Babies in some Tseltal Mayan communities are carried around and doze when they feel like it.

Many Europeans find North American baby talk embarrassing. In Bolivia’s Tsimane communities and in some Mayan communities in Mexico, most of what babies hear comes from adults talking to each other.

Instead of spending each day at home alone with mom, babies in non-Western cultures regularly interact with others through communal meals and group activities.