He knew his breathing and heart rate were spiking. He could feel himself wobbling, with little fuel to keep going on the desert run.

Yet Glen Redpath [BA/87, BFA(Hons)/94] had willingly put himself here, in the heart of California’s Death Valley. He welcomed the challenge of 50 C and a 217-kilometre ultramarathon billed as the world’s toughest foot race.

It required the Winnipeg-born athlete put one running shoe in front of the other for nearly 30 straight hours, navigating a basin at the lowest point of elevation in North America, surrounded by steep mountain ranges—a perfect storm for sweltering heat.

The University of Manitoba alumnus says he’s always pushing to achieve his personal best, and had prepared for months for this race, now seven years removed. He jogged on the spot in the sauna and paid close attention to small details. He knew to time his stride so the sole of his shoe landed on the white painted lines of the paved shoulder; these patches were smoother and more forgiving than the scorching black asphalt. He also knew to wear shoes a half size bigger to compensate for the swelling of his feet.

But this New Yorker says no amount of training can really prepare you for the intensity of the sun. He felt like a dinner roast, cooking from the inside out.

“You don’t realize how hot it is until you are in it—it’s just insane,” he says, from his Manhattan office at Fordham University, where he’s a senior administrator.

“For the first 40 miles you’re baking in that basin. I was having all kinds of issues, from breathing to deep blistering on my feet.”

And then there’s the 5,000-foot incline as you begin to surface from the lower valley, with a head wind like no other. “It literally feels like a hair dryer—one of those super huge hair dryers—blowing in your face. It’s just pushing you down and you are thinking about running and you don’t even want to walk.”

REDPATH LOOKED TO THOSE AROUND HIM FOR ENCOURAGEMENT.

He was in good company for this race, one of his most grueling during a two-decade-long love of mega marathons. Only 100 participants are chosen for the elite Badwater Ultramarathon. Many runners are motivational speakers; some are Guinness World Record holders. Among the athletes that year, in 2013, was former Navy Seal David Goggins, the only one from his unit to survive a deployment in Iraq. “He’s like, ‘If you can live through something like that, you can live through an ultramarathon. You can live through a double Ironman,’” says Redpath. “We were running side by side and it was humbling.”

Knowing when to rely on others is key, insists Redpath. At one point he had to stop, surrender to the heat and heed the advice of his volunteer crew who followed along in two cars—with 100 pounds of ice and industrial plant sprayers filled with cold water. “Without them, I wouldn’t have finished,” he says.

His entire body had to be iced until his temperature dropped. Crew member Karl Hoagland wrote at the time: “The heat had reduced [Redpath] to a broken, struggling man fighting to survive…. I can best describe his state as that of a person in advanced old age and declining health—every moment taking major effort. Yet there he was, in the middle of a desert, trying with all his might to propel himself forward, down a desolate road that seemed to lead to nowhere.”

“The heat had reduced [Redpath] to a broken, struggling man fighting to survive…. I can best describe his state as that of a person in advanced old age and declining health—every moment taking major effort.”

Redpath recalls trying to stir the will to get back up and keep going once it was safe to do so. He regularly turns to positive self-talk to reset his focus.

“I ask myself, ‘Why am I here and what’s going to get me through?’ Usually, it is just a matter of saying, ‘Stop sitting down, get up, stop feeling sorry for yourself and start moving.’” 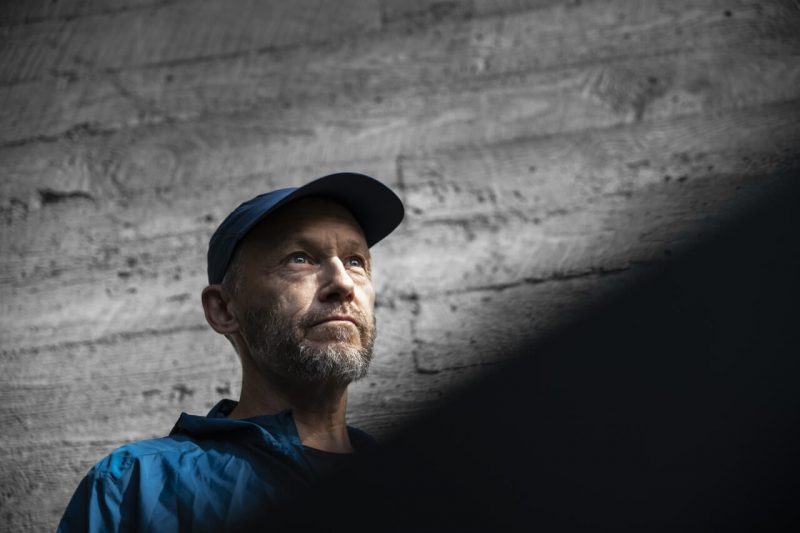 HE BELIEVES OUR ABILITY TO OVERCOME IS DETERMINED BY HOW MUCH WE INVEST IN OURSELVES.

“You cannot bluff an ultramarathon. If you haven’t put in the work, you are not going to make it to the finish line,” says Redpath, who has collected several titles over the years, including 2009 Canadian Ultrarunner of the Year.

Why does he do it, one blown-out hip and a heel surgery later?

He once told Runner’s World magazine he likes how running long distances makes him feel wild. He felt particularly tested 16 hours into a rural race north of Toronto that had him running alone into the night, with a burnt-out mini flashlight.

“There I was leading this race and my light went out. I literally had to use the moon, the stars, and the ambient light from the open spaces to keep moving,” he recalls. “When you are alone in the dark, if you have a problem you really have to go inside yourself. Running is very religious in some ways. You are really out there letting yourself be vulnerable. It can be very spiritual.”

Running more than 24 hours straight doesn’t feel extreme to Redpath, who is more impressed by his ultrarunning peers who have completed the 3,500-kilometre Appalachian Trail—one in 46 days.

To stay awake during overnight races, Glen Redpath has caffeine every hour but tries to avoid too much sugary foods and drinks since he doesn’t want to brush his teeth while running (which he’s done a few times). While racing, he consumes smoothies and energy gels since the act of chewing something like a bar can require too much effort and rob his body of important calories needed to stay in motion. 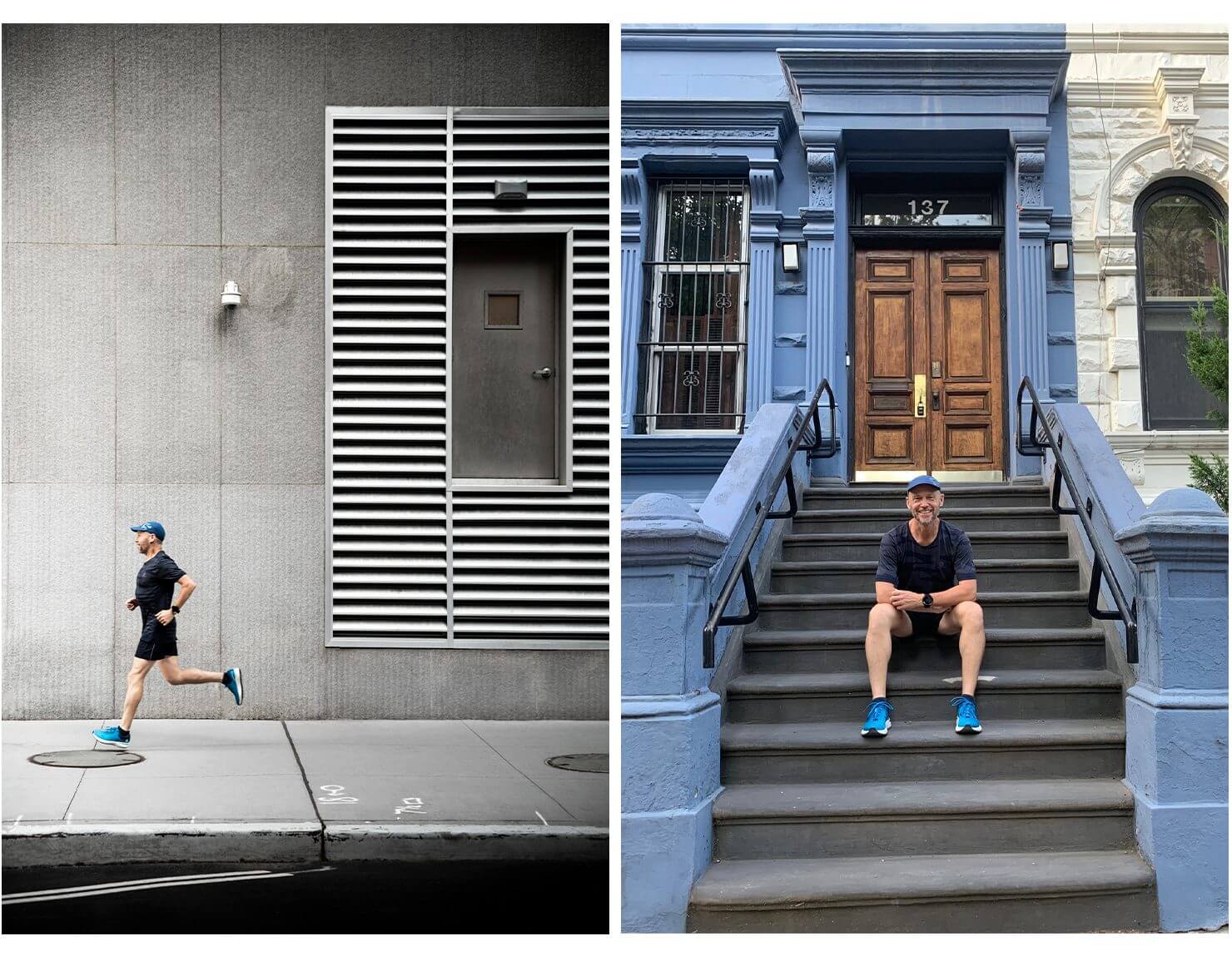 His passion for endurance running found its footing in a white house with yellow trim in Winnipeg’s North St. Vital neighbourhood. There were only 50 houses on his street, yet it was home to three former Olympians, all from different families and different sports: Vic Lindquist, Martin Riley [BPE/78, CertEd/80] and Chris McCubbins [CertEd/74, BEd/79]. As a boy, Redpath would watch McCubbins, a track and cross-country runner, regularly zoom by. Redpath was inspired and ran his first Manitoba Marathon at 13. His mom met him at the 16-kilometre mark, expecting him to drop out, but he kept going. Before long, the neighbourhood kids were likening him to Tom Hank’s Forest Gump character and shouting: “Run, Forest, Run!”

He finetuned his craft as a UM arts student. With a part-time job in the audio-visual department, Redpath had to slog cumbersome 20-pound overhead projectors and slide machines across campus and found himself meticulously planning the most efficient route, avoiding tunnels and elevators since they were too crammed—stairs were quicker.

“I had a rule that if I ever walked past a water fountain, I’d stop and take a drink to keep hydrated,” he says. “In my mind, it was training.” 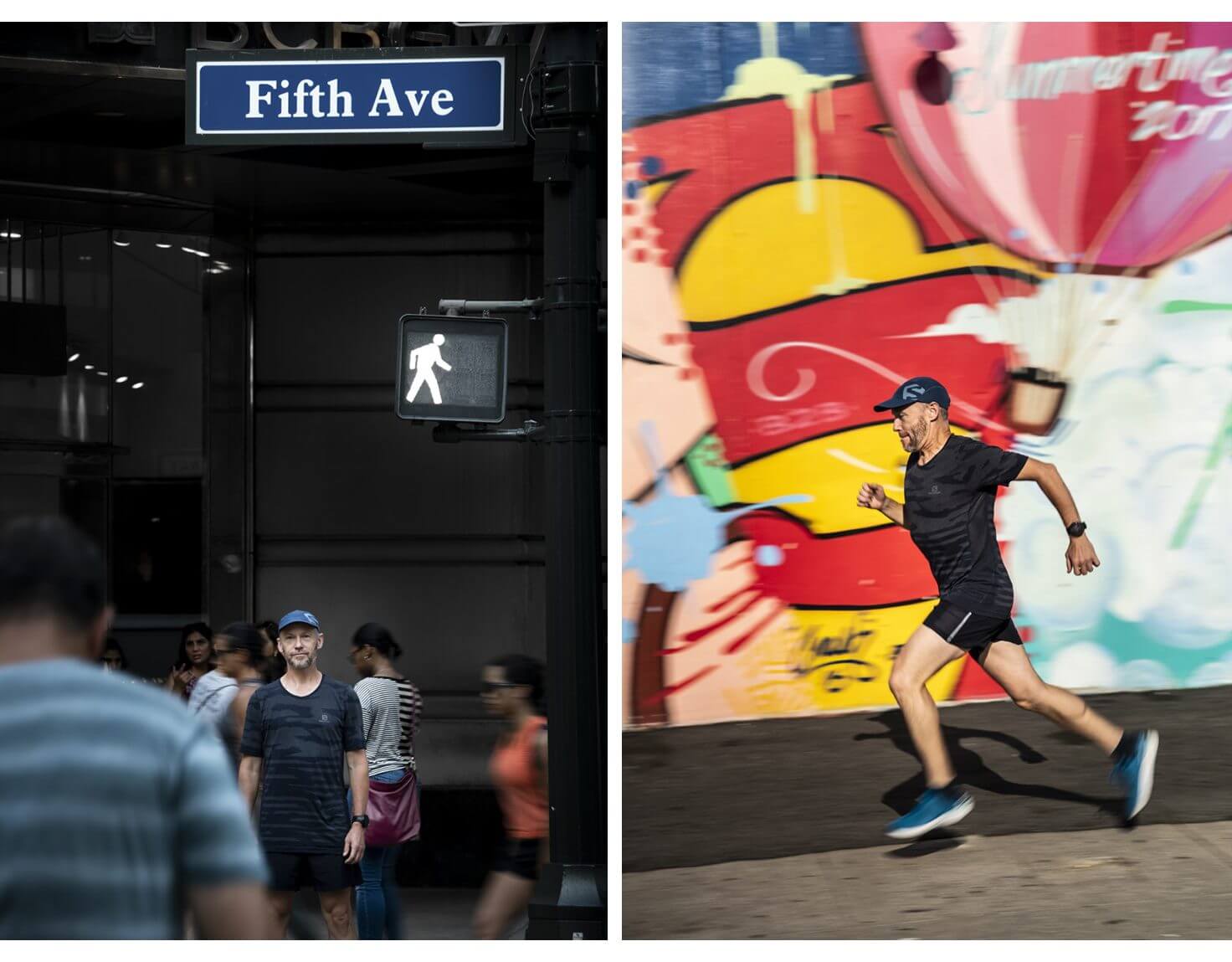 Redpath ran his first ultramarathon at age 37 and in the 10 years following, ran another 100 of these events.

He has raced past picturesque Italian castles in Tarquinia, circumvented Mount Fuji in Japan, crossed sinking mud bogs of the Connemara in Ireland and downed hot blueberry soup at a freezing finish line in Sweden. His longest run to date was in Greece, from Athens to Sparta; it stretched 254 kilometres and took 32 hours. One day, he would like to tackle the 322-kilometre run around Lake Tahoe.

For now, he runs regularly outdoors with a small group of friends, which has helped him stay optimistic during COVID-19 restrictions in hard-hit New York.

Do you know an outstanding UM grad? Nominate them for a 2021 University of Manitoba Distinguished Alumni Award

The mental strength required to compete in an ultramarathon is not unlike the stamina required to keep things positive more than a year into a global pandemic, notes Redpath, who contracted COVID-19 last December and recovered quickly.

Both are tests of endurance in their own way and our approach can feel similar: It’s about monitoring what your body needs, while maintaining your pace and looking ahead, he says. “The happiest place of an ultra is the finish line.”