My family watches the live feeds from the International Space Station on YouTube and my youngest asks‚ “Mom‚ are you going to go there one day?”

As a kid‚ I was drawn to the sky more than the Earth. I’d lie on the grass‚ wishing I could float above my hometown of St. Albert‚ Alta. 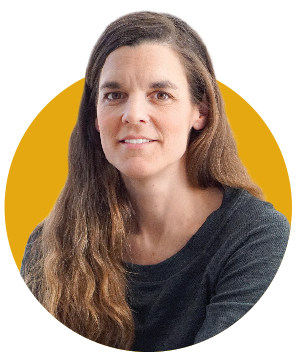 Dr. Nathalie Sleno [MD/11] is a physician‚ pilot‚ mother of seven and one of 17 Canadians (narrowed from 3‚700) whom the Canadian Space Agency shortlisted to become the country’s next astronaut.

In Grade 2‚ I jumped at the chance to build rockets in the rocket club. Together‚ we would build the rockets with kits and then go out back behind the school and watch them launch into space. I knew I wanted to get up there from the beginning.

By 15‚ I started down the path to learn to fly by joining cadets‚ and eventually earned my pilot’s licence. I still remember feeling the G-forces push on my entire body during takeoffs. Cadets became my introduction into the military world. Now‚ I’m a medical officer with 1 Field Ambulance Detachment in Yellowknife‚ navigating a North that can be dark‚ isolating and harsh but also prime for adventure.

We know that with space exploration comes the unknown and some might wonder: Why would a mother of seven want to court that kind of risk? “But‚ why?” they might ask. Why not? I’d like to say.

My kids know the rigorous aptitude tests I took for this Canadian Space Agency competition. They know I can fight an onboard fire. They know I can escape from a capsule in high seas‚ then make it to the top 17. My heart felt full when my son affirmed: “Now I know nothing is impossible.”

Space exploration will be a growing conversation for the next generation.

To be part of our planet’s next chapter—as it unfolds in outer space—is to find ways to sustain life off-Earth for the long term and develop environments that are renewable. Theoretical physicist Stephen Hawking warns that climate change‚ asteroids‚ epidemics and population growth will push us to populate a new planet in 1‚000 years or maybe as soon as 100. He’s pushing for a moon colony.

The moon would be an awesome place to start. It’s 384‚400 kilometres from here‚ but it’s felt so much closer my entire life.

Space exploration serves humanity without borders or division. Whatever we gain is gained for the entire human race.