What moves us to take action and do something to support others on their journey? Here are some of the reasons donors gave to Front and Centre:

To Pay It Forward

Singapore-based Fergus Lopez [BComm(Hons)/95], an executive with GKN Aerospace, bolstered a bursary fund he established as a thank you for an unexpected gift that kept him in school four decades ago. Then a struggling St. Paul’s College student, unemployed and financially stressed, he recalls how a flat tire en route to campus felt like a final push to drop out. That’s when Father Raymond Roussin [CertEd/63], chaplain at St. Paul’s, gave him a cheque for $400, on the condition Lopez one day pay it forward.

TO INVEST IN Manitoba

UK-based John Amedick [BSc (EE)/81]—an engineer behind the dramatic rescue of 33 trapped miners in Chile a decade ago—donated toward the construction of the Stanley Pauley Building, where students now explore their own solution-based designs. Amedick says engineering will be part of the answer to complex global problems like climate change. “A lot of people talk about giving back…. I think of it more like you’re investing in the future.”

Krishnamurti Dakshinamurti, professor emeritus in the Max Rady College of Medicine, and his wife Ganga [CertEd/74, PhD/92], a retired librarian at the I.H. Asper School of Business, established the Mahatma Gandhi Scholarship in Human Rights. Krishnamurti—who, as a student leader in the 1940s in India, met Gandhi, and later, in the U.S., met fellow human rights heavyweight Martin Luther King Jr.—believes education is the best way to achieve sustainable solutions to global injustices. “The future lies with students.”

A Winnipeg schoolteacher, Inga Storgaard [BA/59, BEd/62], left her estate of $1.8 million to the Faculties of Education and Agricultural and Food Sciences when she died three years ago. The gift also included the inherited estate of her sister, Anna [BSA/49, MSc/51], a UM agriculture alumna, professor, crop researcher and the only woman in a 1949 graduating class of 119 men. Neither with families of their own, the pair left a legacy that will champion education for years to come.

TO MAKE THE WORLD A BETTER PLACE

Former nurse Patrice Yamada [BN/75] and College of Nursing retiree Peri Venkatesh [MN/91] first gave in 1985 to honour friend Rahul Aggarwal, a political studies student killed in the Air India bombing. They’ve since established the Manavathé Graduate Student Bursary in peace and conflict studies and, wanting to leave a legacy, have planned gifts in their wills. In the Kannada language, manavathé means humanity. Yamada says, “If we can enable students to more easily acquire the knowledge and the experiences they need, that’s a good thing. Then they’re free to make the world a better place.”

TO HONOUR A LEGACY

Winnipeg Free Press owner Ron Stern fuelled a transformation of the Moot Courtroom—where Faculty of Law students hold mock trials—to honour his late uncle Harry Walsh [BA/32, LLB/37, LLD/03], a celebrated defence lawyer who played a key role in the abolishment of capital punishment in Canada. Walsh also helped found Legal Aid Manitoba, ensuring those in need could access free or affordable legal service. It was thanks to his family’s sacrifice Walsh made it to university at all. Living above a floral shop on Selkirk Avenue in Winnipeg, his sister made the daily trek to Eaton’s to earn enough money for her brother’s tuition. 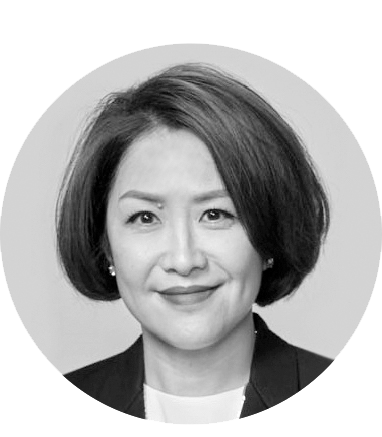 Esther Suen [BComm(Hons)/85, LLD/18] gave $1 million to establish an international study exchange program that gives students—like she once was—the experience of learning outside their comfort zone.

She was raised among the skyscrapers of Hong Kong and moved to the Canadian prairies at 17, eager to study business at the University of Manitoba. She quickly realized that learning about a culture different from her own was as much of an education as her lessons in the classroom. This new global awareness would shape her way of thinking in life and business.

Why you should know her name: She grew her family business, Simatelex, into a manufacturing giant that produces 20 million products annually for brands like Keurig, Cuisinart and Nespresso.

The first product her company ever produced: A hair dryer

What she loves about entrepreneurs: They challenge themselves, build from scratch, drive progress and are unafraid to fail.

What she says about the Simatelex Charitable Foundation International Study Program she created at UM: “I hope that my gift can level the playing field somewhat, by giving the less-advantaged students the same chance to acquire this invaluable experience, so they can enter their careers feeling more confident and knowledgeable when dealing with people of other cultures.”

Why didn’t I think of that?
Making a Transformative Impact