Batteries have become essential components in modern-day living, yet few people ever stop to consider how these everyday items operate or what they look like inside their metallic casings. Many may be surprised to learn that their apparent simplicity conceals a profound complexity.

As Christian Kuss notes, “Batteries are intricate devices—they require a lot of parts to play together.” Kuss, an assistant professor in the department of chemistry at the University of Manitoba, has long been fascinated by their inner workings. “So when I got to build my first battery, made from materials that I synthesized, I found that to be very exciting.”

A desire to unravel the chemical secrets of batteries still motivates Kuss. Fortunately, it’s a subject with room for discovery. “There are a lot of aspects that we don’t yet understand in what determines battery performance,” he admits. Seeking out new methods of improving the effectiveness, cost and reliability of these devices has become an obsession for this 35-year-old German-born scientist, who came to UM in 2018, after earning a PhD from the Université du Québec à Montréal, and doing post-doc work at McGill and Oxford. Along the way he also spent time collaborating with industrial partners Johnson Matthey, Dyson and General Motors.

Kuss was drawn to UM because of the school’s state-of-the-art Manitoba Institute for Materials. “Few other facilities of the same breadth exist elsewhere in Canada,” he explains. “On top of that, the diversity of research directions in the department of chemistry and the Faculty of Science offer fertile ground to grow innovative collaborations.”

These sorts of cross-pollinations are bound to become more common as Kuss’s chosen field of research has become a crowded realm in recent years. Battery research is humming, driven by the mobile device’s surging importance in digital technology and electrical transportation, and the limitations of the prevailing lithium-ion technology, which is currently used to power electric vehicles, smartphones and laptops. 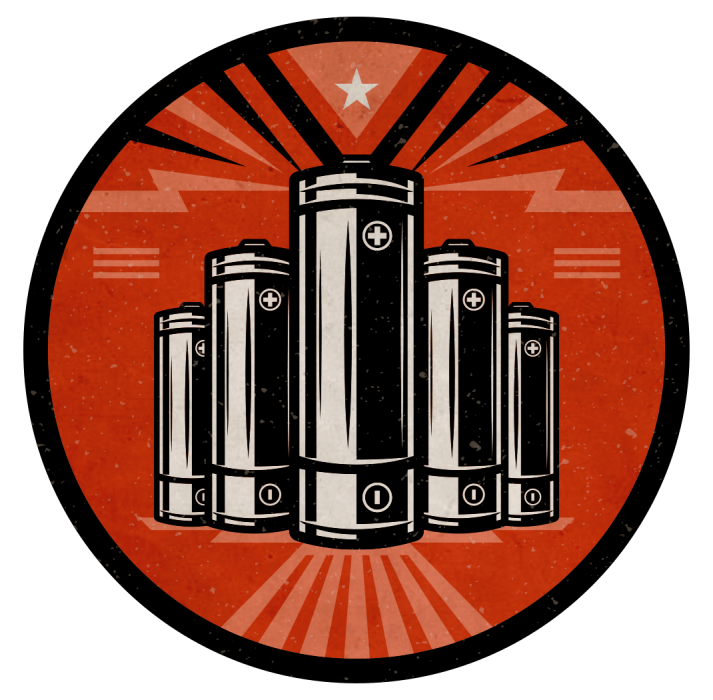 Lithium possesses several attributes that have made it a popular choice for powering batteries. “It’s a lightweight, highly energetic material that is very stable during charging,” says Kuss. But it also has some drawbacks, which have become more apparent as the demand for the material grows. Lithium is expensive, it can pose fire hazards, needs to be combined with other materials that are not easy to procure, such as cobalt, and the techniques used to recover it have a harmful impact on the environment.

Lithium is either sourced from hard rock mines, or underground brine reservoirs found below the surface of dried lake beds. The mining method, in which the mineral is extracted from open pits and then roasted with fossil fuels, leaves scars in the landscape, uses a large amount of water and releases copious amounts of CO2—15 tonnes for every tonne of lithium produced. Extracting lithium from brine reservoirs requires an immense amount of H2O, approximately 500,000 gallons per tonne of lithium, and typically occurs in parts of the world that suffer from water scarcity.

But the drawback that most scientific researchers are grappling with concerns the amount of charge that can be packed inside. “We’ve pretty much reached the storage capacity of lithium-ion batteries, so we need advances in the technology,” says Kuss. At his lab, that pursuit is now in full swing.

“We’ve pretty much reached the storage capacity of lithium-ion batteries, so we need advances in the technology.”

One area of investigation involves finding substitute materials for lithium. A possible solution could be sodium-ion batteries. Although sodium lacks the energy density of lithium, it is widely and cheaply available. However, sodium has its disadvantages, too. For one, it is three times heavier than lithium, which makes sodium-ion batteries heavier, even though lithium accounts for less than 5 per cent of the total weight of a battery.

Kuss is also testing new charge-storing materials for lithium and sodium batteries that can boost the power they can generate, their durability and their safety. “Over many cycles of charging and discharging, battery materials begin to break down. The goal is to find new matrix materials that allow the electrode to stay intact over longer periods of time and thereby increase capacity,” says Kuss.

His research team is also assessing the potential of producing solid-state composite electrodes, which represent a paradigm shift in battery technology. Instead of having ions move from one electrode to another across the liquid electrolyte, with this technology, lithium ions migrate within a solid compound.

Solid electrolytes are safer, have more energy density, allowing for faster charging, greater range, and longer shelf-life, which in turn reduces the need for expensive storage systems and cuts energy costs for consumers. They also handle heat better and can function at extremely cold temperatures.

The adoption of solid-state battery technology could accelerate the switch to electric vehicles, but transportation is not the only industry that might benefit. Improved batteries in smartphones will potentially allow up to three days of continued usage without changes to design or weight. Other devices from laptops to utility storage units will similarly gain in charge duration.

“I hope the climate crisis will be solved in 50 years or so, and I believe that batteries will have played a major role in this.”

Kuss is convinced we are on the cusp of a revolution in how electricity is generated from batteries. Whatever form this revolution takes, he senses that it will play a pivotal role in establishing a green friendly world. “I hope the climate crisis will be solved in 50 years or so, and I believe that batteries will have played a major role in this. From a personal perspective, contributing to the development of sustainable batteries that can meaningfully contribute to a sustainable energy economy is very fulfilling.”

What Lies Beneath
Self Portrait