The recipients of the 2018 Distinguished Alumni Awards are back on campus and telling us about the work they do (or wish they did).

He helped to transform two historic Manitoba companies into market- leading success stories in the aerospace and transportation industries. At 55, he’s president and CEO of NFI Group: New Flyer Industries, Motor Coach Industries, ARBOC Specialty Vehicles and NFI Parts (and before that, Standard Aero). He’s also chair of the University of Manitoba Front and Centre campaign. In 2016, the National Post named him Canada’s top CEO.

You might find Paul Soubry giving tours of the plant himself, picking up garbage from the shop floor—why wouldn’t he?—or thinking of new ways to rally his nearly 6,000 team members (across 32 sites). He’s quick to crack a joke and with self-deprecation will tell you, “I’m not the smartest guy in the room.” But he knows how to make things exciting.

How he starts his day: Gets up at about 6 a.m. Reads the Winnipeg Free Press. Usually skips breakfast. First job: Janitor at a tennis club, at 13. Worst job: Right out of university, he was a “swamper,” working in the mud, chaining up oil rig equipment for transport. Dream job: Professional hockey player (“Like that would ever happen.”) How much sleep he gets: Six hours, but would love eight. The energy in his workplace: Spirited. His mantra: It’s amazing what can be accomplished when nobody cares who gets the credit (advice he got from his U of M basketball coach.) A pressing issue in his workplace: The uncertainty around United States protectionism. His business philosophy: Inspire and engage employees. A bad boss is: Restricting. The future workplace needs to be: Exciting. Biggest regret: Never learning a second language. How he spent his first big pay cheque: Bought a Porsche 911. When he’s not working: He’s playing sports, or building things at his cottage—a deck, bunkhouse, swing set. (“It’s not straight. It’s not square. But, I did it.”) What he’s not good at: Golf. A job should be: Fun.

A key part of his daily routine: The list that I make every day. Going back through that list, making sure that I’m working on the stuff that really matters and reprioritizing that list all the time, is really part of something I do every day, every minute, to make sure that I’m spending my time on the stuff that has the highest impact or highest priority, not just the easiest stuff to get done.

Biggest win: It’s hard to answer. I’ve been really lucky to work for two wonderful companies. At Standard Aero, we were part of the largest, private/public competition for aircraft maintenance for the United States Air Force, winning a significant portion of a $10-billion 15-year outsourcing contract. At New Flyer, we have developed the business both organically and by acquisition, resulting in our market cap growing from $400 million to now over $3.5 billion, with nearly 6,000 team members. Really feels special. In both situations, from right here in Winnipeg.

A big reality check: I worked for Standard Aero for 24 years and one year after the business was sold, the new owners decided to move the headquarters to the United States. So I worked for the company for 24 years, we grew it from $100 million to two-and-a-half billion, becoming a global industry leader, and all of a sudden I’m out of a job. Then before I go, I’ve got to fire the majority of my executive team. That’s 10 years ago now. That’s the reality of business. Picking up and asking myself, “Was it me?”—maybe it is, maybe it isn’t—but taking all of the stuff I’ve learned and going to deploy it somewhere else, with real success, is truly gratifying. Belief in culture and people, combined with a solid focus on leadership, is absolutely transferrable.

Best part of his job: When someone you saw who had a lot of promise 10 years ago, and whom you helped develop, is now in a very senior role and they’re knocking the lights out. That’s what people did for me—they gave me a chance.

His thoughts on complaining: Throw all of the rocks that you want. Just make sure on the rock, there’s a note that says what you think is wrong, that you’re willing to help fix it, and here’s my suggestion, and here’s my name. But just throwing rocks is useless. 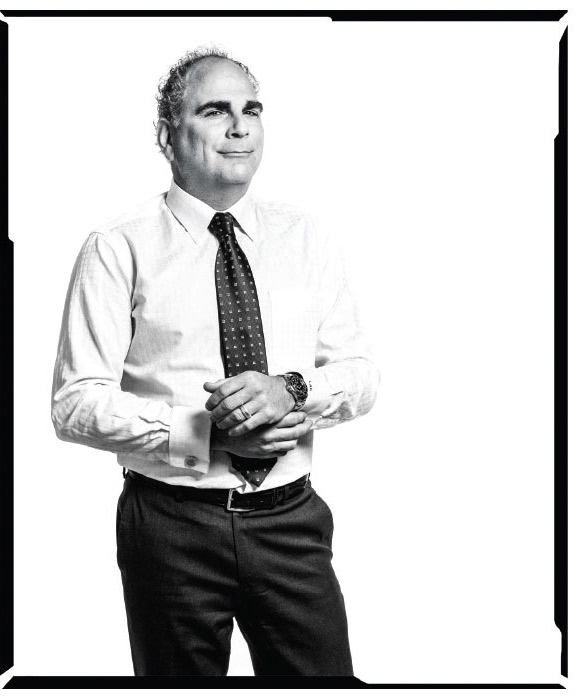 This cardiovascular scientist and U of M professor discovered Bnip3, a gene that when “switched off or on” could minimize cell damage from a heart attack and stop cancer from spreading.

How he starts his day: Kisses his wife. Scans the Winnipeg Free Press. Sips an Americano. First job: Delivering 26-inch tube TVs for his dad’s North End store. A regular customer, U of M researcher Harvey Weisman [BSc/52, MSc/55, PhD/70], invited Kirshenbaum at 17 to be a summer lab student. How much sleep he gets: Six hours. The energy in his lab: High. Most pressing issue in his workplace: Maintaining funding. A job should be: Fun. How he sees himself: Driven.

If he wasn’t a scientist, he would be: A photographer. I like shadows. I like light. Black and white is really, for me, the most natural, and I think the most pure. The tools, the microscopes, the machines [in the lab] are really no different than the camera that allows me to explore and do something really creative. It’s coming up with new ideas and seeing things others wouldn’t. What I do in terms of research, I see really more as art than science.

What he loves about his job: What’s really cool is coming up with an idea at 2 a.m., and you get up in the morning, [try it] and you go, “Oh my God, this works.” And then you find you’re the only one in the world who knows that in that particular moment in time. 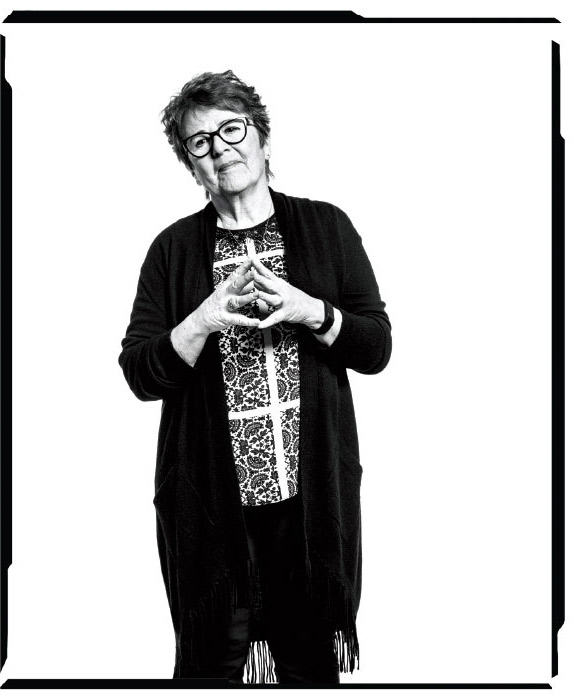 service to the university of manitoba
Jan Lederman [BA/74, LLB/77]

A corporate lawyer who champions startups, she has helped hundreds of U of M students, researchers and alumni bring their ideas and products to the world.

How she starts her day: Two cups of coffee (50 per cent decaf). Reads the Winnipeg Free Press. First jobs: Kitchen help, waitress and lifeguard in cottage country; shelf-stocker at Canadian Tire. Most pressing issue in the workplace: The glass ceiling. A good business idea is: One that solves a real problem for a customer. Her mantra: Integrity, good humour, compassion. A key part of her daily routine: Reading non-fiction. Success is: Happiness. How she ends her day: Watching a mystery series on Netflix, like Babylon Berlin.

If she didn’t pursue law, she would have been: A journalist. I love writing. I always kind of aspired to be a magazine writer. When I was a student in arts, I worked at the Winnipeg Tribune and later while in law school, I was a reporter at the Free Press. I guess I had a curious mind. I liked pursuing different stories. I liked asking questions and figuring things out, and writing was kind of a natural talent.

What inspires her: I like big visions. I like people and ideas that look at situations in a systemic way and try and make impactful change. I think probably, with most things, it’s never the people [who are the problem], it’s the systems. So, I would tend toward systems-kind-of-solutions to things, so I’ve oriented my thinking that way. 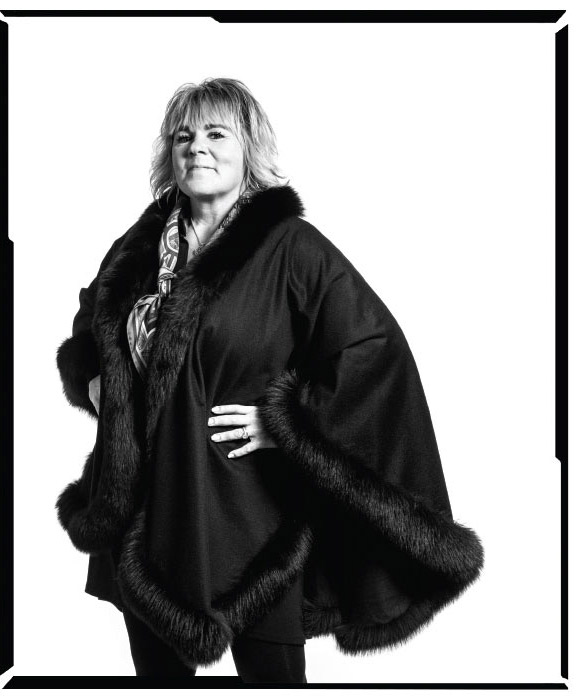 A philanthropist, and owner of Banville & Jones Wine, she brings her generosity and spirit of hospitality to fundraising efforts for health care, education and children’s charities.

How she starts her day: Works for two hours, then works out. First employer: Burger King, at 14. Favourite place to have a glass of wine: Her Beresford Lake cottage, Sunday morning (champagne). A job should be: Something you love, and it’s up to you to make it happen. She sees herself as: A risk-taker. What she learned from her father (who built Canada’s largest privately-held transportation company and owns vineyards in his homeland of Tuscany): Work hard, work smart, work with your brain, not with your hands, and give back.

Her greatest success: I have two fabulous children [ages 21 and 23]. Being able to have well-adjusted, great kids in this day and age and being able to work as much as I did, is really my biggest accomplishment, for sure. Sometimes I worked 15 or 18 hours a day, sometimes 20. When you want to develop a business you make a lot of sacrifices in your life, and quality time with my children wasn’t one of the sacrifices.”

Her business philosophy: I know teams are important, but even more important is putting people in the right jobs. I call it putting round pegs in round holes—so creating jobs for people, and not just creating a job and then trying to fit a person into it. 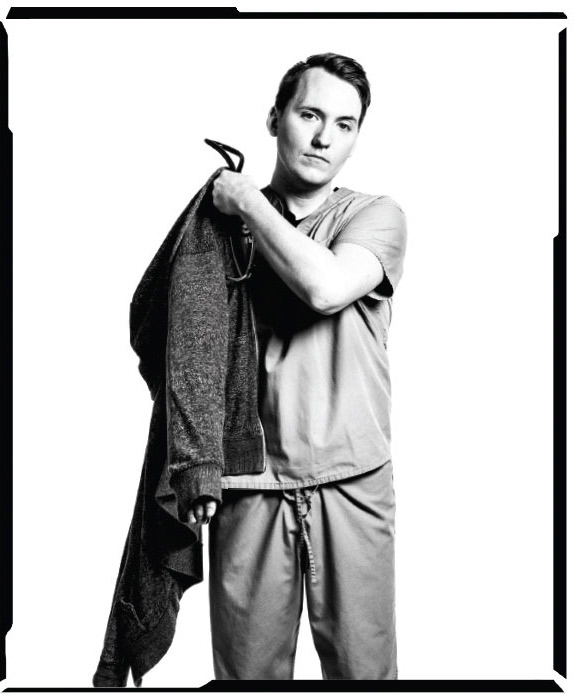 Through advocacy and research, this rural resident physician spotlights the unique needs and experiences of LGBTTQI* patients and health-care professionals.

How he starts his day: A large glass of water. Playing with his cat, Tuki. Breakfast with his husband. First job: Shovelling snow from neighbourhood driveways at age nine ($1.50 for 15 minutes). Most pressing issue in his workplace: Diversity and inclusion. Biggest turning point: Starting Bannatyne campus’ first LGBTTQI* Interest Group so students know it’s okay to be who you are. Guilty pleasure: Playing the video- game Super Smash Bros. If he wasn’t a doctor, he would be: A musical theatre actor.

His worst job: I was a cashier at Dairy Queen. People get very angry about their ice cream during baseball season.

Why he pursued medicine: My mom had mycosis fungoides when I was nine, so she had to go away for extensive cancer treatment. That was my first exposure to medicine and then, pretty much after that, I started to say that I wanted to be a doctor. And then at 13, I did a little intern project on the dermatologist who diagnosed my mom, and it kind of flourished from there.

What inspires him on the job: The stories people tell me, the vulnerability that people bring to interactions with somebody they’ve met maybe once or twice.