All words we see in the same sentence as Canada. But what about: fierce, daring, bold? Meet the recipients of the 2017 Distinguished Alumni Awards—graduates who bring their passion, without apology.


John: “Day to day, we want to do interesting things.”

Patricia: “Even though we don’t know what they will be, when they present themselves we go for it.”

John: “We’re relatively unusual. We’re not refining and honing, we’re radically rethinking everything, based on a lifetime of experience. Most people at this point are focused on refinement and execution, but we’re back on the fundamentals. I guess we’re contrarians that way.”

Patricia: “Going to university in Winnipeg, it was very outward-looking. You were encouraged to look at the rest of the world.”

John: “Yes, I see it that way, too. It was very outward looking. At other universities, when I’ve been a guest teacher, it’s contrary to that feeling. That was truly remarkable of the U of M. At the time, our programs were very self-confident.”

The best spaces are more than just beautiful. They speak to the social, political, economic and cultural environment in which they reside. It’s this complexity that drives Patricia and John.

Since establishing Vancouver-based Patkau Architects in 1978, they have brought their juxtaposition of culture, connection and community to high-profile and highly meaningful projects across Canada, the United States, Asia and the Middle East—from schools, colleges and universities to galleries, community centres and bridges.

From the outset, the couple was intrigued by the potential of public buildings to shape society over time. They call research ‘play’ and find joy in discovery: from uncovering new ways to bend plywood while designing ice-skating shelters to dreaming up new approaches to sacred spaces like a temple. In Winnipeg, we experience their vision at the beautifully appointed Millennium Library and our very own innovative ARTlab and Taché Hall redevelopment.

Patricia has brought her expertise to universities across the United States and is Professor Emerita at the University of British Columbia. John has served as a visiting professor at Harvard and Yale. They were made members of the Order of Canada in 2005. 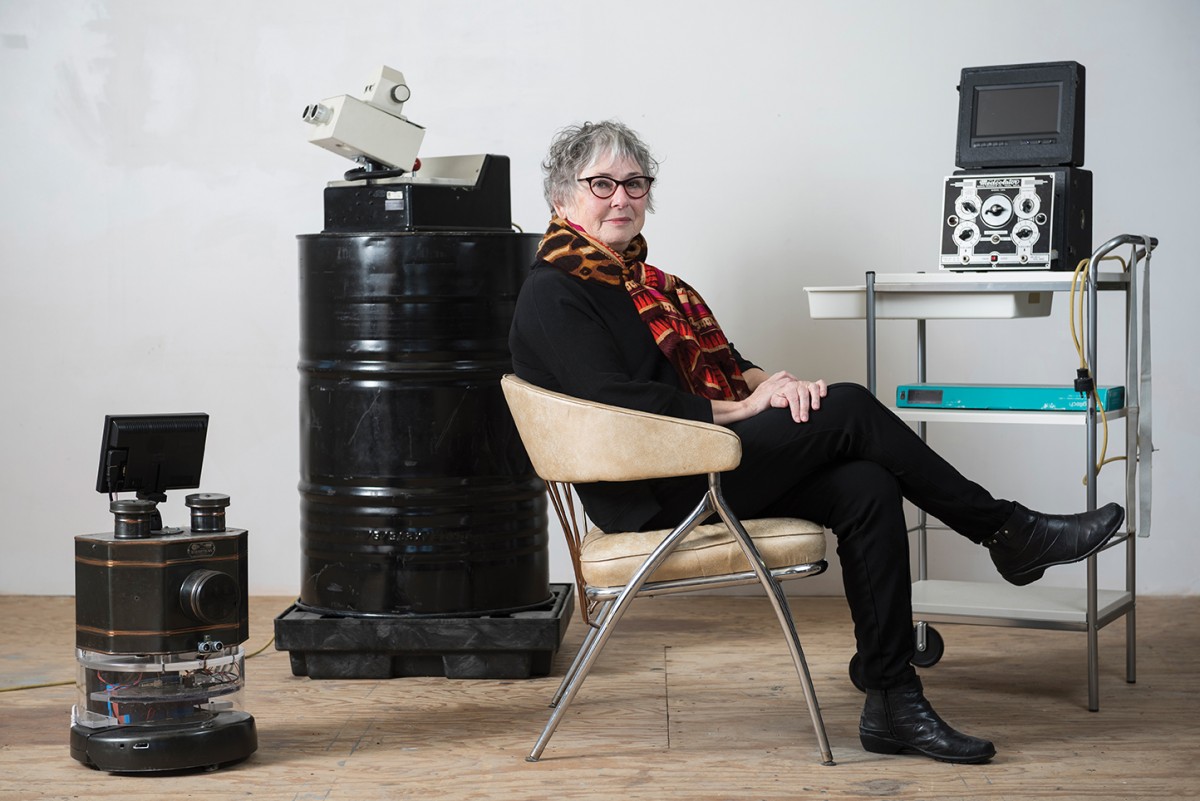 Defining the genre of new media

“It was something I was good at, from the time I was a kid, but to actually call myself an artist, that wasn’t until art school. I knew then I was making art that had crossed a border, a self-imposed border, and I was giving myself permission to be an artist.

I had started with mixed media from my very first painting class. I was nailing things to my canvas.
I didn’t fit into a well-defined category. I graduated through painting, but that was because it gave me the most flexibility. I had keys to both the painting and sculpture studios; I think it was the first time anyone had keys to both.”

Known for her large-scale installations, Reva uses technology to comment on the constantly changing relationship between human and machine.

Exploring science and technology, from protein molecules to autonomous robots, she invites her audience to grapple with concepts like private versus public and what it means to be human.

She works with Mentoring Artists for Women’s Art to guide developing artists, and has participated in Artists in the School for many years, making connections in communities that often don’t have ready access to artists.

Reva received the Governor General’s Award for Visual and Media Art in 2015. 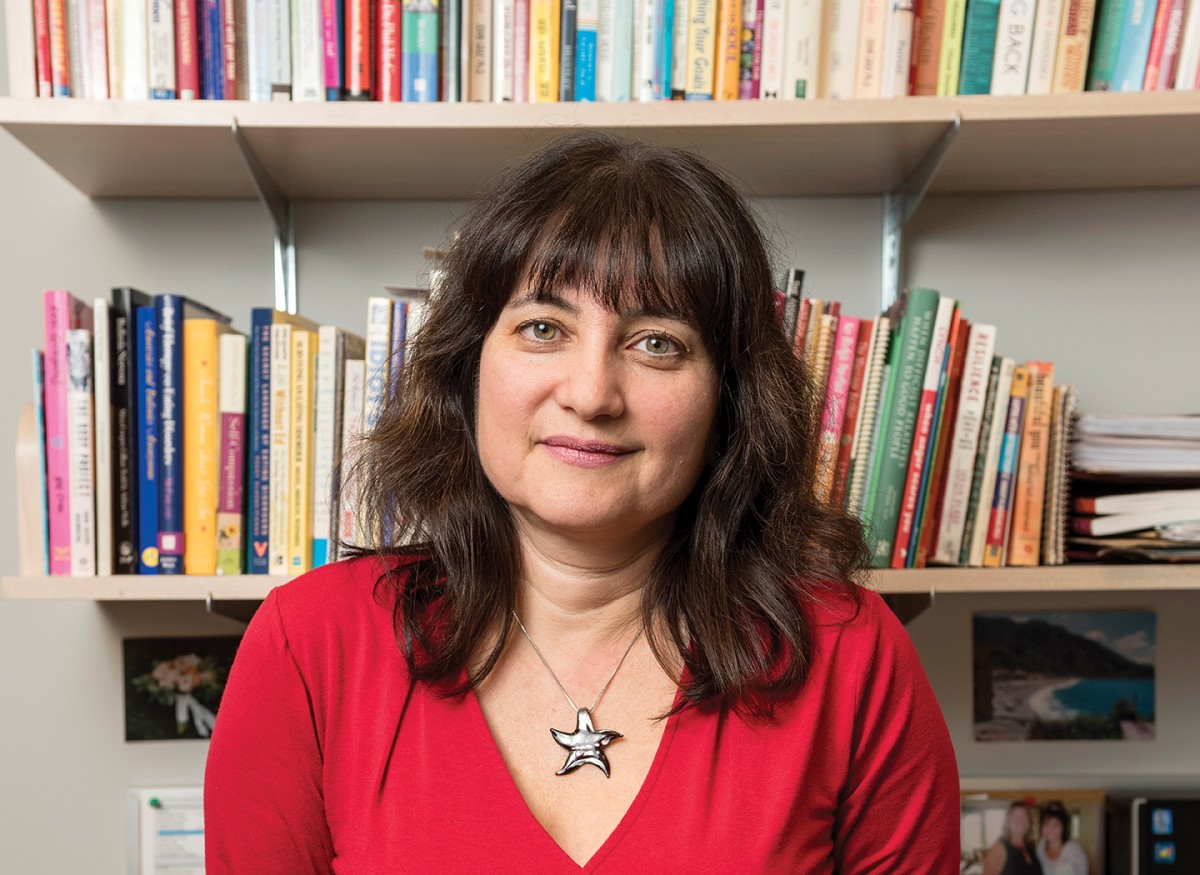 Service to the University of Manitoba

Charting the course from self-harm to self-worth

“Most students think they don’t know anything. You’ve had all this training, but it’s hard to consolidate it. And when we know something, we minimize it. They’re always worried they’re going to say the wrong thing, but I always say, ‘If you’re being kind, there is no wrong thing.’

She has dedicated her career to young people on the cusp of self-discovery. As an occupational therapist, Isabella works mainly with young women with eating disorders, instilling confidence along the way.

She is a tireless advocate for her field and her alma mater. She engages alumni of the university’s master’s program and takes on leadership positions in local and national associations. Isabella has volunteered with the university’s Career Mentor Program for 20 years, and has met with more students than any other of its 700 mentors.

Within the hectic health-care system, she teaches her OT students to take their time. Isabella’s many interns cite her enthusiasm, honesty and steadfastness and call her an exemplary role model. 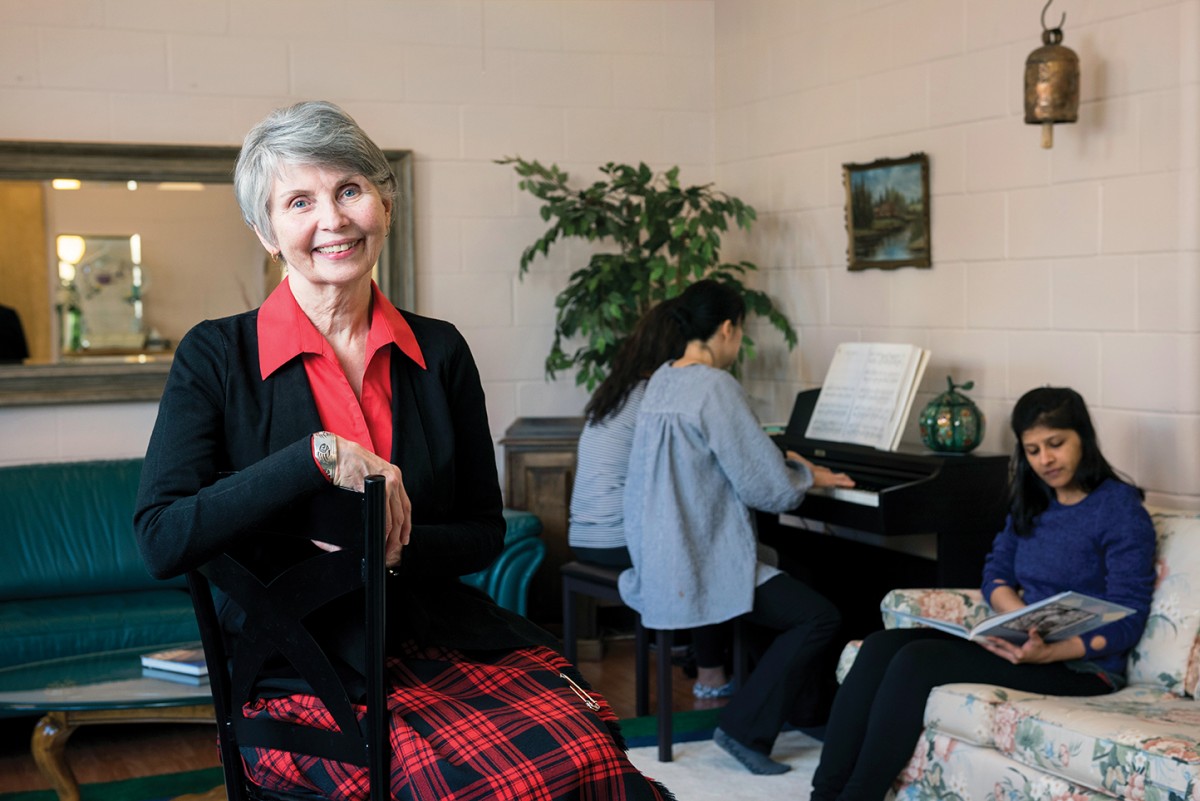 Creating a place to call home

“In 2001, I realized my heart was becoming hardened. When you’ve worked for 30-some years with poverty and children suffering, you get hardened. For me that was very uncomfortable. I realized I needed ‘heart surgery’. So I took a four-month sabbatical and lived in New York City in a shelter. That was an experience.

I loved the people but the place was so dirty; it was filled with mice and cockroaches and bedbugs. I thought I’d have a nervous breakdown. But again, I found the perspective to say, ‘No, I can fly home today, regardless of price, I’m fortunate.’ So I went through it and came back and realized I wanted to not only work with disenfranchised people, but live with them. And House of Peace came about. There are 20 women in our community, from all countries, from all faiths. It’s beautiful, truly. I think beauty and order help healing.”


Sister Lesley looks out for those in need and brought to life a system of care for disenfranchised people.

She co-founded Rossbrook House in 1976, which now provides alternative schooling and nutrition, music, leadership, and Indigenous culture programs for 80 children and young mothers every day. In 2004, she opened the Holy Names House of Peace for immigrant and refugee women in transition. Living with these women from countries around the world, she offers us a timely lesson in empathy.

Sister Lesley brings together the marginalized and the elite, and in the face of grim realities, helps them to see possibility. 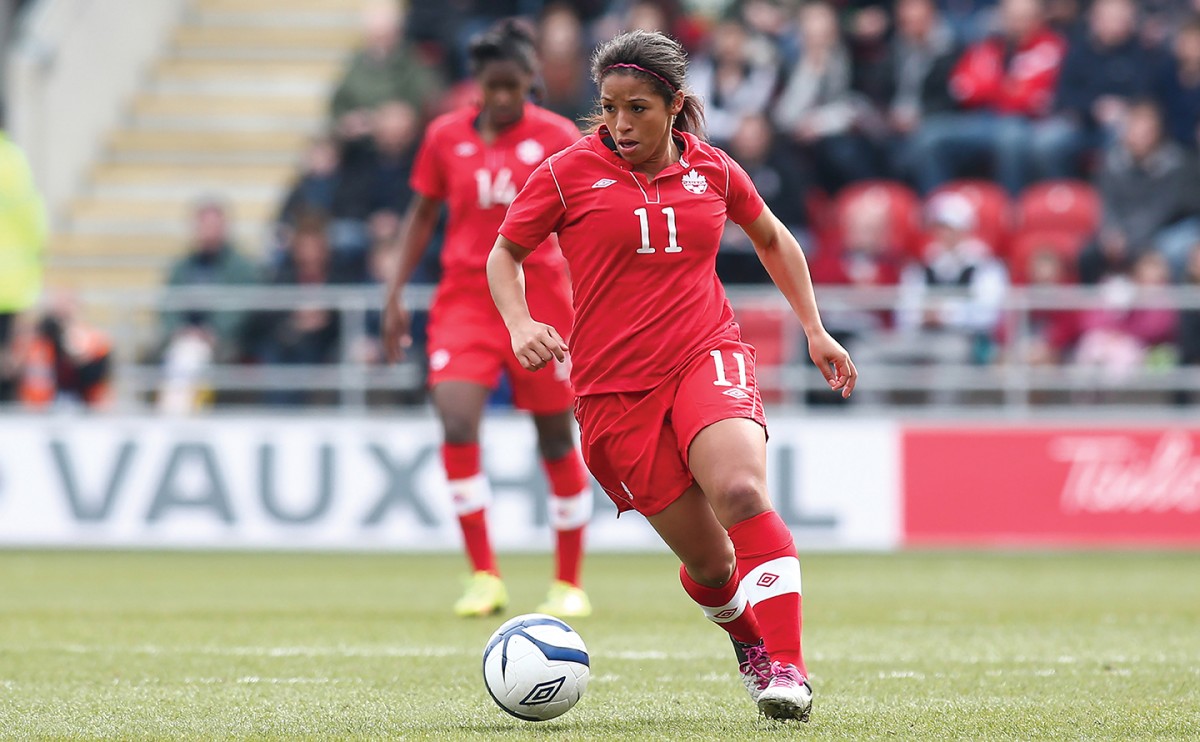 Tearing up the field as The Destroyer

“I was the first in my immediate family to go to university, so it was a big deal. I was a KidSport kid growing up, and then I received a full soccer scholarship from the U of M.

I love working with kids. I love teaching them that dedication can get you there, and you don’t know where opportunity can take you.

At a young age, it’s just about finding something you love. You have to recognize there’ll be ups and downs, but the hard work is easy, because you love it.”


This national soccer star and two-time Olympic bronze medallist has brought the tenacity her fans love to more than 100 games internationally.

Desiree is, without question, the U of M’s most esteemed soccer player and continues to hold the record for most points and assists in a Bison career.

Now in her third season as a midfielder for the FC Kansas City Blues, she also serves as a trusted leader on the Canadian National team, positioned fourth in the world—the highest rank it’s ever received.

She credits KidSport Winnipeg for key support she received early on, pushing her towards her dream. She
is now a proud ambassador for the organization that removes the financial barriers that keep kids from playing organized sport. Desiree’s annual soccer camp for young girls has raised thousands.