We see versions of it on Facebook. We look for it in yoga class or in that book on mindfulness. But still it hides. Canada is the seventh happiest country in the world. University of Manitoba researchers weigh in on the universal and complicated search.

During a quiet section of a chamber music performance in a small church in Winnipeg, there is a brief moment of unhappiness. It comes from the back row. A toddler struggles with his board book and lets out a whimper.

It contrasts sharply with the light-hearted andantino of the piece echoing through the pews. Concertgoers near the boy are sympathetic, but he is alone in his feelings.

Everyone else is smiling. Happy. Starting with the performers and emanating out to the captivated crowd.

At the centre of it all is Oleg Pokhanovski, professor of violin at the University of Manitoba, who is leading an ensemble that includes fellow Desautels Faculty of Music members Minna Rose Chung on cello and Judy Kehler Siebert on piano.

If it is a challenging piece they don’t show it. They’re focused and connected. Animated. Joyful.

“You forget about yourself in those moments,” says Pokhanovski, a prodigy from Russia who’s played since age six. “You feel the audience enjoying the music, you feel their energy and excitement. And of course, that gets you more excited and more expressive. That’s happiness.”

Sure, buying a new iPhone or Burberry bag will spike your happy meter for a little while, but a lot of research—and an endless number of self-help books—confirm what you’d suspect: The more effective approach is to pursue something meaningful, and happiness will be there waiting. It’s the by-product not the end goal.

It doesn’t mean the happiest people are the highest achievers. It means the happiest people understand that doing is more important than having; and that being mindful of those meaningful pursuits—both big and small—will bring a deeper sense of well-being.

Dan Bailis, head of psychology at the U of M, says to think of happiness as a guidance system, a kind of feedback mechanism that tells us we’re on the right track.

“It’s not something that comes after you achieve the goal, it guides you to the goal.”
Dan Bailis

“The goals that contribute the most to our personal enjoyment are goals that use and develop our skills, connect us with friends and loved ones, express our choices and values,” Bailis explained at a happiness-focused panel discussion organized by the U of M. “But most importantly, what these theories and studies are telling us is that happiness comes before the goal. It’s not something that comes after you achieve the goal, it guides you to the goal. It’s not a thing to be pursued in its own right.”

Which brings us back to Pokhanovski. And how musicians communicate in a shared language to create something that transcends the sum of their parts. It has different names—getting in the groove, being in the zone, flow—but it all leads to the same place.

“A performance is really a miraculous thing,” he says. “It’s being born, right there, right from the first note.” A shared experience. Mutual happiness.

THE COMPANY WE KEEP

In a book-filled office on the sixth floor of Fletcher Argue on the University of Manitoba’s Fort Garry campus, H. Faye McIntyre [MA/90, PhD/01] may have found another secret to mutual happiness.

She has taught film in the U of M’s English, film and theatre department since she was a grad student in the 1980s, and it was while studying screwball comedies— popular films from the 1930s that typically feature a romantic but clashing couple—that McIntyre began to realize that the madcap characters from those films were actually providing us with a blueprint for a happy marriage.

“It’s not just a matter of being able to have fun. It’s about having a shared understanding of the world that includes an awareness of the worst aspects of human society,” she says. “The films suggest that a couple cannot find their happiness on a naive vision of human society, if theirs is to be an authentic rather than a superficial happiness.”

So in good times and bad, for better or worse, it’s a couple’s ability to keep it real that keeps them happy.

As a result, their bond grows. Research by University of British Columbia economics professor John Helliwell and policy analyst Shawn Grover showed that those who consider their partner their best friend get nearly twice as much life satisfaction from marriage.

Does that apply to McIntyre too? Does she have a Cary Grant?

“I have a Cary Grant fixation,” she laughs, “but yes, I often look at my own marriage in relation to screwball comedies. I think they have a lot to teach us.”

An ongoing longitudinal study started in 1938 at Harvard University following the lives of 268 men confirmed in 2015 the main factor—and predictor—for happiness is the quality of relationships.

“The lessons [we learned] aren’t about wealth or fame or working harder and harder,” psychiatrist Robert Waldinger said at the time. “The clearest message we get from this 75-year study is this: Good relationships keep us happier and healthier. Period.”

Not exactly surprising. But what might be: As our years on Earth increase, so too does our happiness, notes Judith Chipperfield [BA(Hons)/83, MA/86, PhD/89], psychology professor at the U of M.

“There is a paradox of aging. Although things seem to get objectively worse as we age—we lose loved ones, our health and functioning decline—people nonetheless become more positive. They get happier,” says Chipper- field. “As we realize time is running out, we re-evaluate what is important. More emphasis is placed on social relationships that make us feel good.”

For today’s students, making connections is easier than ever with Snapchat, Facebook and other social platforms— but at what cost?

In their 2016 piece Social Media Kills Happiness, Huffington Post made the argument that we live in a world of “hashtag happy” where other people’s heavily-curated and overly-filtered ‘happiness’ is on full display 24/7.

“Students can connect in ways that make them feel like they’re not alone,” says fourth-year psychology student Mikayla Preete, who has been actively involved in student health and wellness initiatives at the U of M. But social media can also “be distracting while they are trying to keep up with their workload. It can lead to people making comparisons between their life and others’, and feeling like they’re living life wrong.”

The approach for many students, adds Preete, is to set aside their feelings and look ahead. “It can be hard to enjoy the moment when, as students, it seems like we’re often focused on how much ‘better’ our lives will be once we’ve graduated.” 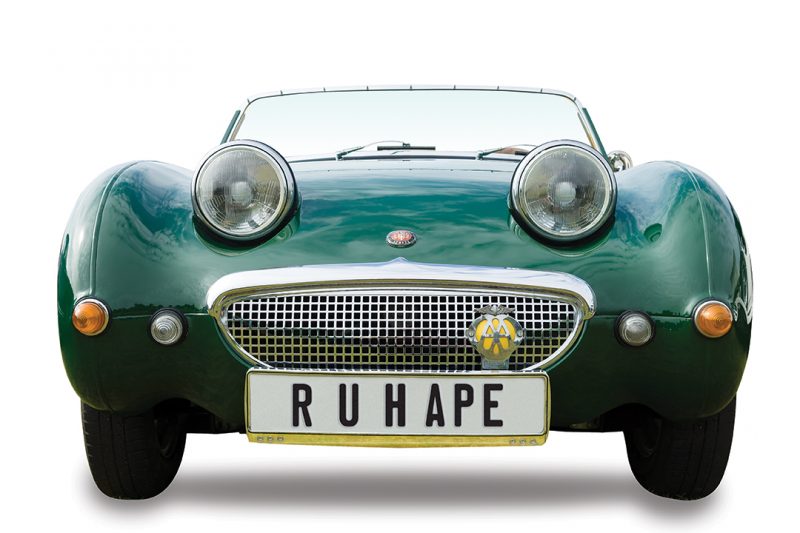 Norman Meade [ExtEd/88] recognizes how green the grass can look on the other side of the fence. Growing up in the small Manitoba town of Manigotagan, he remembers happiness hinging on a road. “We had a little community of 150 people and everybody knew everybody, everybody loved everybody and everybody was happy,” says the 72-year-old Elder in Residence at the U of M. “But we thought that when we got a road it would make our lives so much better, so much happier. Well, it didn’t.”

Like an Aesopian cautionary tale, the road did bring some improvements to the community, but it also brought challenges.

“The road was a physical connection to the outside world, but people coming in brought a different set of values, and sometimes they didn’t match our values, so it was a big adjustment in social and economic life,” he explains.

As an Elder, he spends much of his time counseling students to spend less time looking at what they go without, and more time looking within.

“In Manigotagan, happiness was in each home, we didn’t have to go looking for it in Winnipeg or Selkirk or somewhere else. Whether it’s happiness or love, it’s here,” he says pointing toward his chest.

Horace Luong’s office sits between two big chemistry labs in the U of M’s Parker Building. The environment feels inert, a bit heavy. Unlike Luong. He’s kinetic. Even his small movements are graceful.

Unexpected for a chemistry instructor until you find out that in his off-hours he teaches ballroom dancing and also leads a Tai Chi group.

“I take the holistic approach for everything I do, the mental side and the physical side,” he says. “We should always try to blend these two things together. So whether it’s dancing or fishing or whatever activities you’re in to, as long as it balances both, you can find happiness.”

And movement isn’t just constrained to foxtrotting across a dance floor. Luong is also a proponent of perpetually moving our skills and passions forward. Lifelong learning. It’s something he wants to see in his students, too.

“I think that’s super important. Students don’t necessarily see it though. They see university as a place to do courses and gain knowledge for whatever is next,” he says.

“You look at the students in lectures, they’re frantically copying down notes, they aren’t engaged. So you have to make it more engaging.”

Luong has introduced “meta-cognition” to his curriculum, emphasizing learning how to learn.

“This will allow students to focus on ‘How do I learn this?’ Rather than ‘I need to learn this.’”

Will it increase their happiness though? Luong thinks so. The students will be more engaged in their problem solving, there will be more group discussions, and an increased sense of community in the classroom.

In the end, however, their perspective of happiness may be more dependent on traditional outcomes.

“Whatever grade they get, that might be their level of happiness,” he laughs. “B plus? Great, I’m happy!”

A MEASURE OF SOCIETY

Economic indicators have traditionally driven our ranking of a nation’s happiness but new ways of thinking that highlight life satisfaction and positive emotions are emerging.

The first nation to emphasize happiness over economics was Bhutan, a Buddhist nation in the Himalayas, which famously replaced its Gross National Product (GNP) with Gross National Happiness (GNH). The more holistic measurement of their society’s well-being was implemented to help better guide social and economic policies.

When The World Happiness Report was first published by United Nations Sustainable Development Solutions Network in 2012, it was a big deal. It helped legitimize this new way of viewing the world. Dollars and cents were only one part of the equation; included in the report were measurements on the quality of “family and friends, good health, material sufficiency, freedom, and the pleasure of living in a justifiably trusting community and nation.”

Canada sits seventh happiest in the world. So Canadians, by and large, are pretty happy. The reasons are many: we have good access to social support, our incomes allow us economic freedoms, corruption in business and government is relatively low, we feel that we have personal freedoms, and we are a fairly generous society.

As Elder Meade says, echoing the words of wellness guru Deepak Chopra: “If you want to be happy, make someone else happy.”

Back at the concert, the young boy is doing his best to do just that. He’s giggling now. Nobody but he knows why. And really, it doesn’t matter. It requires no explanation. He has intuitively found joy.

The giggles get louder. They are spontaneous and unbridled. Around the child, smiles widen. Happiness reigns.