We asked writer Bettyjane Wylie and emerging computer scientist Delica Leboe-McGowan for their big idea—here’s what they told us. 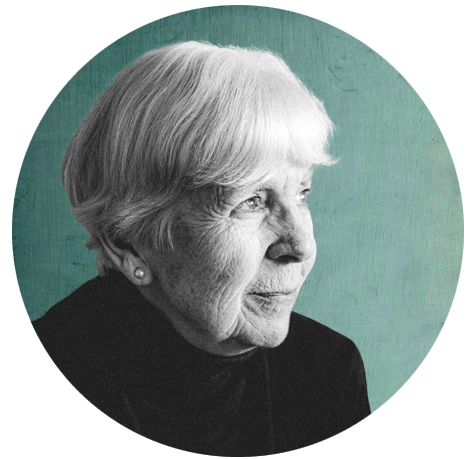 WHO I AM: I’m not a dead white guy. I’m a living old white female writer, a prolific unknown, have been for years. I’m a 90-year-old woman who started at the University of Manitoba when I was 15 with no life experience and no idea of what I wanted to do, except hang around words because I loved them, still do. I have produced or published drama (27 plays, a couple of musicals and a CD album, a couple of films—drama is my first love); and over 35 books (fiction and non-fiction, poetry, belles lettres, bios, cookbooks, self-help and financial planning.)

WHY I GOT INTO THIS FIELD: My maternal grandparents emigrated from Iceland to Canada. They settled in Gimli, Man., and raised a family, my mother among them. Icelanders are known for their high rate of literacy. It seemed only natural that I should attend university and go on to graduate studies. (It must be in the DNA.) For my master’s degree in English my major was in 20th-century poetry and my minor in Anglo-Saxon and Old Norse. My mentor was Professor Chester Duncan (1913-2002), who was also a popular literary critic (on CBC) and a composer, writing music especially for the poetry of W.H. Auden (1907-1973), on whom I wrote my master’s thesis.

Years ago, when I was just starting university, the reason for my pursuit was presented by the then Dean of Arts and Science William Waines in his welcome speech to the student population. Frosh and sophomore, not all so young, augmented by the waves of veterans returning from the Second World War, we were eager to learn the reasons behind things, including that War. Dean Waines spoke about the value of education. He said it was designed to teach us three skills: to entertain an idea, to entertain ourselves, to entertain others. Simplistic? Maybe to you, but those words have given me purpose for my lifetime, to pass on to others.

My Big Idea: is really a very small one, just one mind meeting another mind, no matter the age, as they attempt to express an idea…and another and another and….

I began this journey as a writer—this meeting of the minds—more than four and a half decades ago. I was 42 when my husband suddenly dropped dead in front of me. We had four children, still unfinished, still in the midst of growing up, as I was, in the midst of a life now irrevocably changed.

An article I wrote about my widowhood in Maclean’s magazine segued into a book, Beginnings: A Book for Widows (1977), which would develop a devoted cult following of absolutely powerless women. It was the book I needed and couldn’t find and it continues to be helpful to others, even though it is out of print.

I was young enough to be a prime example of how not to back into widowhood. The book went into four editions, was sold in six countries, was in print for 27 years, and made me Canada’s professional widow and a humble member of the Order of Canada.

Now you understand why I’ve named my most recent book Endings: A Book For Almost Everyone. I was 88 when it came out. It’s sort of a travelog of my life’s journey. I do not actually ask any questions. I just sort of mosey along, making discoveries along the way, the biggest one being about getting old. How did this happen?

Being a glass-half-full kind of person, I made a list of my top 10 nice things about getting old:

As an aging woman, I have been a victim of ageism and, all my life, of male chauvinism—but who knew or dared to protest? I am considered to be retired and am no longer very public but I keep on perpetuating my BIG IDEA. Let me count (a couple of) the ways:

Maintaining my interest in my Icelandic background, I belong to the Icelandic Canadian Club of Toronto, and I serve as a consultant to the regular (six times a year) newsletter, the Falkinn, offering ideas as well as articles relating to our Icelandic roots. Representing the ICCT, I serve on the Board of the INLNA (Icelandic National League of North America) as the editor of the newsletter (four times a year).

I have been keeping a blog, “a cobweb blog” as I call it, for several years now, beginning nightly when I went on an “Around the World in 80 Days” cruise. (It wasn’t around the world, it was only the southern hemisphere). I have tried not to let it become a diary though it is perilously close to being one: a blow-by-blow account of my days, good and bad.

That’s my Big Idea, at once reduced and expanded.

I graduated, Professor Duncan said to me, “I expect you to be public.” It was a statement of belief in me and also a command and I took it seriously. Now that I am old and obscure, I write and teach for free but I keep on keeping on, still pursuing my Big Idea. 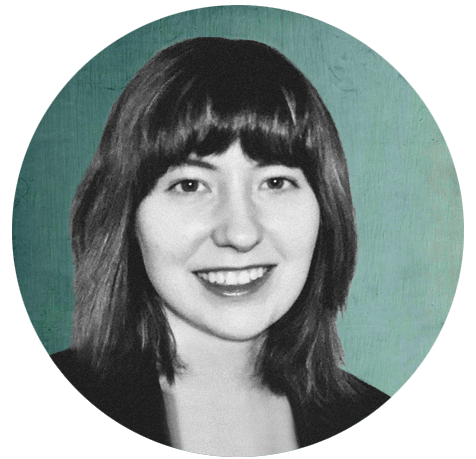 WHO I AM: A new UM alumna, with a degree in computer science and physics, who is fascinated by all things cyber security. After four years of late nights finishing assignments, running between classes on opposite sides of campus, and worrying about what I got on final exams, I was extremely proud to receive the Governor General’s Silver Medal for highest academic performance across all bachelor degree programs in 2020. I stayed at UM to work on my master’s in computational astrophysics.

WHY I GOT INTO THIS FIELD: When I was in high school I stumbled upon some articles about severe labour shortages in cybersecurity. I was shocked to learn that hundreds of thousands of positions were left unfilled around the world. Given the importance of protecting our digital infrastructure, I wanted to become one more person with the skills and knowledge required to develop safe and practical cybersecurity approaches.

My Big Idea: develop a high-speed framework for secure deep learning so we can better use AI to diagnose disease

What if we could detect cancer before a tumour is large enough to show up on an X-Ray? Thanks to pioneering work by the Cancer Genome Atlas—a massive, multi-year project to catalogue genetic markers for cancer—we are continuously getting a better understanding of how we can identify cancerous tissue from the rates at which our cells turn genes into proteins. Using gene expression rates to diagnose cancer would be a tremendous advancement in early detection.

Unfortunately, there’s major challenges to overcome before we can start relying on genome-based cancer screening. Since your genome is itself a form of big data, we need AI to find patterns that will be useful for cancer diagnosis. But using computers that analyze genomic data introduces a number of security concerns because your genomic profile is a highly sensitive form of personal information—it should always remain private.

If we want to train an accurate AI model for early cancer detection, it’s ideal for hospitals from around the world to collaborate in the training process by sharing their genomic data. Despite the mutually beneficial nature of this collaboration, many organizations will be hesitant to share the sensitive data that they have collected from their patients and their donors. So, how do we let hospitals share genomic profiles without violating medical privacy laws? How can AI models find the output of a function if they’re not allowed to know the input?

Ultimately, how do we preserve patient privacy but also provide the highest possible standard of care and maximize the likelihood of survival for patients?

My research uses a method called “secret sharing” to split our genomic profiles into pieces or shares that individually disclose none of our personal information. I then use artificial neural networks—a sophisticated form of machine learning—to process these secret shares.

After the networks get a chance to learn patterns in the secret shared data, they predict the final diagnosis, which can be sent to any patient’s physician. Neural networks I developed can securely process hundreds of genomic profiles for breast cancer in less than a minute, with over 90 per cent accuracy. Other secure neural networks can require hours or days of computation while patients anxiously wait for a potentially life-changing diagnosis.

By investing in privacy-preserving AI we can ensure that no one ever has to choose between the right to privacy and the right to receive state-of-the-art health care.

The benefits of this speedier and secure deep learning extend far beyond the medical realm. I see new possibilities in finance, such as using secure AI for credit card fraud detection. Secret sharing could allow a neural network to detect unusual transactions without ever learning when, how, or where you use your credit card. This approach would protect consumers from the consequences of credit card theft without compromising their right to financial privacy.

Moving forward, I believe that a high-speed framework for secure deep learning will be critical in any field or industry that relies on AI to process large amounts of sensitive data. Whether we want to analyze millions of genomic profiles or millions of credit card transactions, we shouldn’t have to choose between our right to privacy and the need to get our results in a reasonable amount of time. By testing my neural networks on a wider range of datasets, I hope to demonstrate how my efficient and secure AI models for cancer diagnosis can help us safely incorporate deep learning into more areas of our lives.

I first thought about how cybersecurity and artificial intelligence intersect. I was a summer student in UM’s Data Security & Privacy Lab, working on a project as part of a challenge by iDASH—a research organization that specializes in developing new technologies for protecting sensitive biomedical data. The goal of the iDASH challenge was to build a machine learning algorithm that could accurately diagnose breast cancer from genomic data without compromising the patient’s right to medical privacy.
What’s your big idea? We want to hear from alumni! alumni [at] umanitoba [dot] ca
‘Recording our History’
What Lies Beneath