From workaholic to wellness entrepreneur—the founder of The Huffington Post, and the 2018 IDEA recipient, says burnout can’t be the cost of doing business.

Two years after launching a global media empire that helped define the digital news landscape, Arianna Huffington’s frenzied pace took a toll and she collapsed in her office.

Named among the world’s most influential people by Time magazine, and among the most powerful by Forbes, Huffington had been quick to jump on the rise of social media with her launch of a massive digital news machine. The Huffington Post’s group blogging platform revolutionized online commentary and the site eventually sold for $315 million.

It was while sitting in the doctor’s office that she rethought life.

Now, she calls herself “a sleep evangelist” and pushes apps that prompt us to unplug. She founded—and is CEO of—Thrive Global, a media, technology and corporate services company to help people improve their well-being and performance (they even sell “a family bed” to tuck in your devices). She touts the importance of achieving balance, at all costs. Her bestselling books Thrive and The Sleep Revolution have helped to transform workplace culture. Giving in is strong, not weak.

President David Barnard asked Huffington—in advance of her visit to the U of M this June to accept the 2018 International Distinguished Entrepreneur Award (IDEA)—about her workday, that unmistakable wake-up call and why we could all use a nap.

President Barnard: You have said we require a measure of success beyond money and power, one that accounts for well-being, giving, wisdom and wonder. What is most at risk if we don’t make time to let wonder overcome us?

Arianna Huffington: Wonder is an important part of our well-being. There’s nothing like stepping outside of ourselves and encountering things larger than ourselves to broaden our perspective and put our own lives into focus.

You’re trying to change deeply engrained cultural norms. Does this ever feel like an unpopular opinion? What are the challenges?

Actually, it’s become a much more popular opinion as more and more people realize the way we’re living and working isn’t working. The challenge now is to go from knowing what we need to do to actually doing it… We need to stop equating burnout, sleep deprivation and being always “on” with dedication to our jobs. To get there we need to embrace the science that tells us that when we prioritize our well-being and make time to unplug and recharge, we’re actually better and more productive at work. 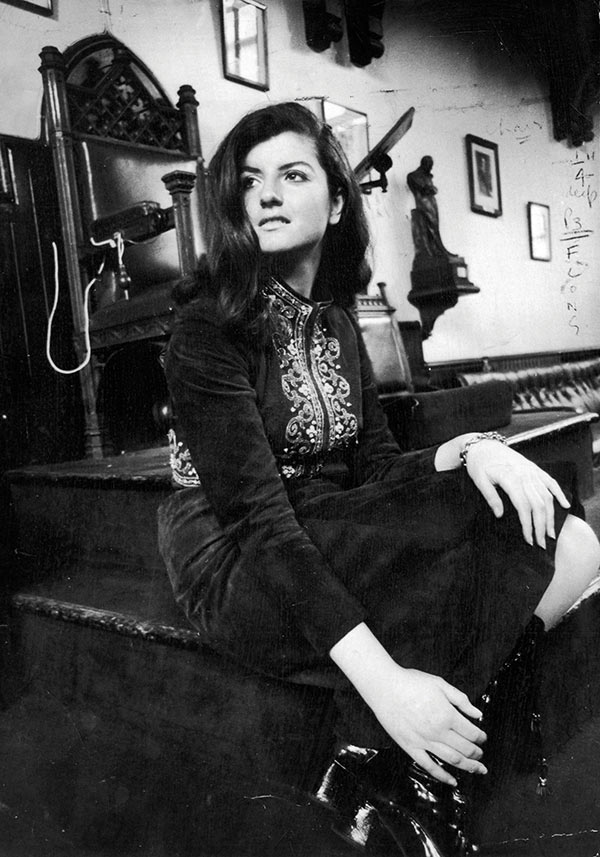 By 21, Greek-born Huffington was already a pioneer with something to say, as the first international student to be president of Cambridge University’s famed debate society // Photo by Express Newspapers/Getty Images

We know there is a growing body of research telling us that a lack of sleep is a killer. Why do we fight this?

It actually goes back to the Industrial Revolution, when sleep began to be seen as just more time to be colonized and monetized. And that misguided idea—that burnout and sleep deprivation are just the price we have to pay for success—continues to this day, even though there is more and more science that tells us the opposite is true.

Would you say you have experienced a transformation?

My moment of transformation came in 2007, when I collapsed from exhaustion and broke my cheekbone. After that I learned a lot about burnout and stress and became more and more passionate about the connection between well-being and productivity.

Do you think you could have accomplished what you have without working those long hours in the early days?

You have said a eulogy never has to do with our resumé. What purpose does thinking about death serve?

There may be no single thing that can teach us more about life than death. The fact that our time is so limited is, of course, what makes it precious—so if we want to truly thrive, we need to integrate the certainty of death into our lives. This can keep us from veering off course and help us make mindful decisions about what we truly want out of our lives.

FIND OUT MORE Huffington is being honoured by the Associates of the Asper School of Business as the 2018 IDEA recipient. Get tickets to the 35th Annual IDEA Dinner held June 12 in Winnipeg.

Who has been the most inspirational person in your life?

My mother—her motto was that failure isn’t the opposite of success, but a stepping stone.

It starts the night before! I try to get seven to eight hours of sleep every night. In the morning, instead of reaching for my phone, I take a few minutes to breathe deeply, be grateful, and set my intention for the day. Then I do 20 or 30 minutes of meditation, and then around 30 minutes on my stationary bike. On days when I’m home, I also love doing some yoga. I’ll often start work from home and then make my way into the office, which is only a few blocks away, for meetings. For meals, I keep it simple and healthy—a protein like salmon or poached eggs, along with some greens. I like to snack on raw nuts and cheese.

And then at night, I treat my transition to sleep as a sacrosanct ritual. First, I turn off all my electronic devices and gently escort them out of my bedroom. Then I take a hot bath, which I prolong if I’m feeling anxious about something. Sometimes I’ll have a cup of chamomile or lavender tea if I want something warm and comforting. And I also love reading real, physical books—especially poetry and novels that have nothing to do with work.

You clearly have key ingredients of your daily routine.

One key ingredient is to create device-free time and space at the beginning and end of my day… Our phones are repositories of everything we need to put away to allow us to sleep—our to-do lists, our in-boxes, the demands of the world. So charging your phone outside your bedroom as a regular part of your bedtime ritual makes you more likely to wake up as fully charged as your phone.