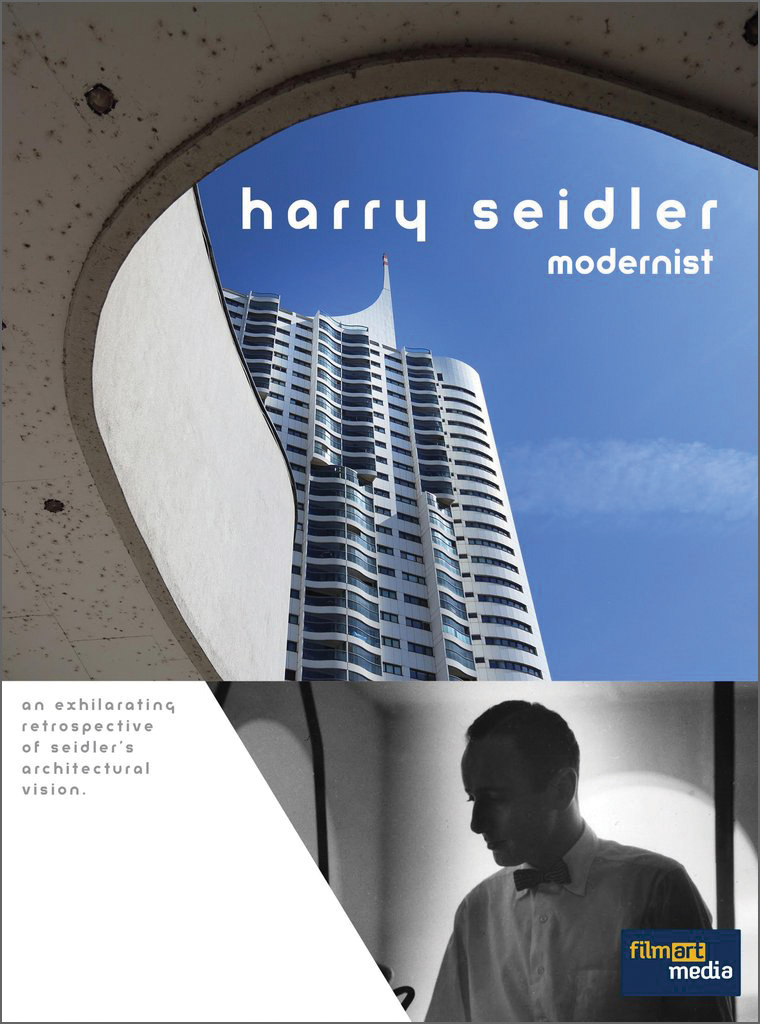 A documentary on world-renowned architect and modernist Harry Seidler [BArch/44, LLD/88] premiered in Australia last fall. The son of a Jewish textile manufacturer in Vienna, Seidler fled Nazi-occupied Austria in 1938 and was interned in Canada by British authorities. He studied architecture at the U of M on probational release.

As an architect, he was the first to bring Bauhaus principles of modernism to Australia, and designed more than 180 buildings and received a number of honorary awards before his death in 2006. The biopic details the impact of his work on modern design in Australia and beyond.

“I realized that he was an extraordinary character,” Daryl Dellora, the film’s director, told ArchitectureAU. “It’s not often that you come across someone who has that sense of vibrancy about him… He was constantly doing things that he thought were important and ploughing ahead against the odds, really.”

David Barber [BPE/82, MNRM/ 89] Officer: For his leadership in environmental science and contributions to the study of Arctic sea ice processes.

Leonard Bateman, [BSc(EE)/ 42, MSc/ 48] Member: For his contributions to advancing the development and distribution of hydroelectric power, notably as the former head of Manitoba Hydro.

Rayleen V. De Luca, [MA/81, PhD/85] Member: For her contributions as a clinical child psychologist and dedication to improving the lives of vulnerable Canadian children and families.

Dr. John Foerster, [BSc (Med)/61, MD/61] Member: For his contributions to healthcare administration, including his development of a renowned teaching hospital and health research centre in Manitoba.

Dr. T. Chen Fong, [BSc/73, MD/77] Member: For his influential philanthropy in the field of health care and for fostering the development of companies that produce medical devices.

From outsiders to national heroes

David Square’s [BA/71] book When Falcons Fly: The Story of the World’s First Olympic Gold Hockey Team is being made into a motion picture.

Square tells the true story of the Winnipeg team—mostly Icelandic-Canadian boys—who overcame racial prejudice and poverty in the early 1900s to win the world’s first Olympic gold medal in hockey.

The Falcons achieved the historic win at the 1920 Olympic Games in Antwerp, Belgium. “My interviews with relatives of the Winnipeg Falcons convinced me the team’s story was much neglected and needed to be retold for a wider modern audience,” says Square. “The team’s rags-to-riches tale is an inspiration for today’s young hockey players because it demonstrates that overcoming the odds is possible for those with determination and skill.”

January Films Ltd. of Toronto and Pegasus Pictures of Iceland (who also works on Game of Thrones) will bring the fictionalized account to the screen. Manitoba Film and Music is also supporting the production, scheduled to shoot in Winnipeg in 2019. 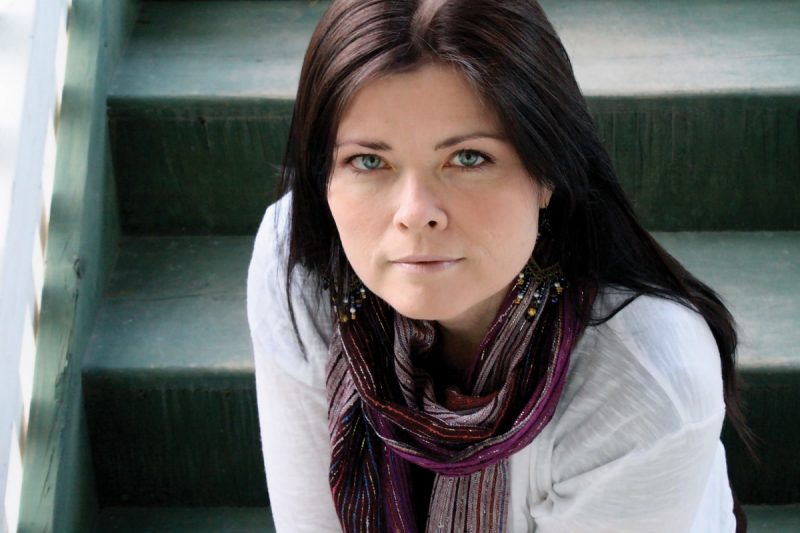 Manitoba musician Jaylene Johnson [BEd/01] has made a triumphant return after a car accident followed by a rare vocal cord injury nearly ended her singing career. Potter & Clay, her third studio album, earned a 2017 Juno Award nomination for contem- porary Christian or gospel album of the year. This is her second nomination—in 2001, she was recognized for her writing with rock group Eagle and Hawk.

“This is very personal because first of all I never expected I’d be able to sing again, let alone make a record,” Johnson told the CBC. “The fact that it’s being acknowledged in this way means a lot to me.” 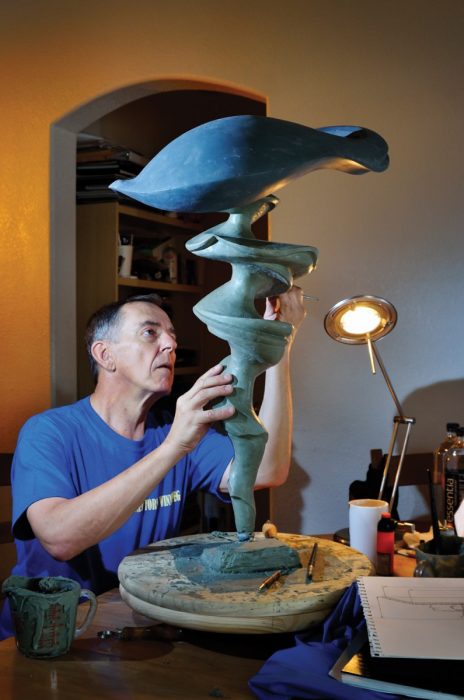 A professor at the College of Southern Nevada, Littlejohn beat out 33 other artists to design a showpiece at the $12-million Siegfried and Roy Park near Las Vegas’s McCarran International Airport.

Dream Machine is two years in the making and inspired by the idea of magic and movement. Littlejohn says you might also see a dust devil or cloud plume from nuclear testing, inspired by his Nevada surroundings.

Aimée Craft [BA(LatPh/01)] has been named director of research for the National Inquiry into Missing and Murdered Indigenous Women and Girls.

Craft is a lawyer with expertise in Anishinaabe and Canadian Aboriginal law. She is also an assistant professor in the University of Manitoba’s Robson Hall Faculty of Law and was appointed director of research for the National Centre for Truth and Reconciliation in 2015.

Craft has been a vocal advocate in the push for a national inquiry.

“This is an opportunity to cast aside colonialism, patriarchy and discrimination in favour of advancing Indigenous women’s safety and health,” she has said.

“Everyone deserves to be—and feel— safe. That’s why we need to inquire into the complex web of social issues that result in this tragedy.” 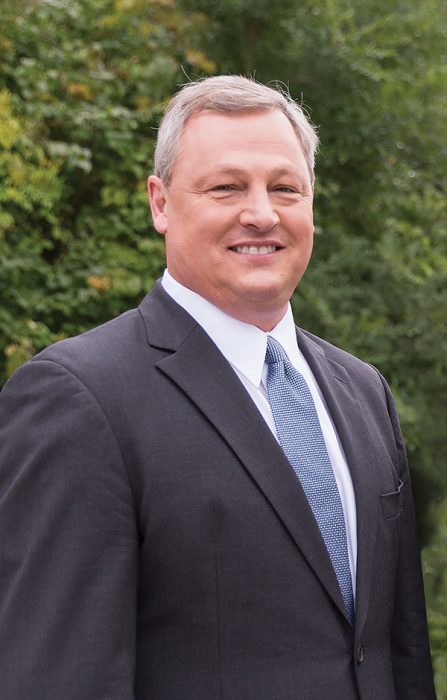 A CEO from a Winnipeg-based company has proved you can be Canada’s top business leader—and do it from the Prairies. The Financial Post gave the honour to Paul Soubry [BComm(Hons)/84] in November, ranking him above his Bay Street cohorts.

Under Soubry’s leadership, New Flyer is the largest transit-bus and motor-coach manufacturer in North America.

He is also Chair of Front and Centre, the $500-million campaign for the University of Manitoba.

Clayton H. Riddell, OC [BSc(Hons)/59 DSc/04] is one of four inductees into the 2017 Canadian Business Hall of Fame. A prominent entrepreneur and exploration geologist, he founded energy company Paramount Resources and is the namesake of the Clayton H. Riddell Faculty of Environment, Earth, and Resources at the U of M.

Long-time civil servant Jim Eldridge [BA/64] received the top national prize for public administration. Governor General David Johnston awarded Eldridge with the Vanier Medal at Rideau Hall in January. Eldridge worked for the Manitoba government for nearly five decades, serving as a key advisor to most of the province’s premiers.

Blundell, Jason [BA/01] published the crime novel Fool Whisky Hero with New Pulp Press. The plot has a 16-year-old girl trying to solve her father’s murder. In doing so, she befriends an alcoholic who helps her run from corrupt cops, drug dealers and a ruthless killer.

Daniels, Jerry [BA/08] was elected Grand Chief of the Southern Chiefs Organization (SCO) in Manitoba. A member of the Long Plain First Nation, Daniels will serve a three-year term for the SCO, one of the province’s largest Indigenous political organizations representing 32 First Nations.

Dyck, Ian [MA/70] wrote The Life and Work of W. B. Nickerson (1865-1926). This story spans the transition of North American archaeology from museums and historical societies to universities, throwing light on a phase of history that is little known. Nickerson created an elegant and detailed record of discoveries, and developed methods that later archaeologists recognized as being far ahead of his time.

Jones, Glen [BA/83, BEd/85] was appointed dean of the Ontario Institute for Studies in Education of the University of Toronto for  a five-year term. He holds the Ontario Research Chair in Postsecondary Education Policy and Measurement, with research focusing on university governance and academic careers in higher education.

Lazer, William [BCom/49, LLD/87] was one of 33 honorees worldwide recently designated a Fellow by the American Marketing Association for “significant contributions to the research, theory, and practice of marketing”. Lazer was a professor of marketing at the U of M from 1951 to 1955 and awarded an honorary Doctor of Law degree in 1987.

MacLatchy, Deborah [PhD/91] was appointed president and vice-chancellor at Wilfred Laurier University. She is a former dean of science and has served as Laurier’s provost and vice-president academic since 2009.

McGregor, Mark [BPE/83, CertEd/84] embarked on a new career as a leadership trainer after playing professional hockey in Europe. He published his first book, Being on a Mission, based on his experience and the principles he teaches.

Simons, Dr. Estelle [BSc/65, MD/69] was inducted into the Canadian Medical Hall  of Fame. The professor emerita founded the Section of Allergy and Clinical Immunology at the U of M in 1975. With her colleagues, she is developing a non-invasive way to deliver epinephrine during an anaphylactic episode—a rapidly dissolving drug tablet placed under the tongue.

Walters, Evelyn [BA/61, AMM/61, CertEd/62] recently published The Beaver Hall Group and Its Legacy, her follow-up to The Women of Beaver Hall: Canadian Modernist Painters. The Montreal Museum of Fine Arts is now curating a travelling exhibition on the Beaver Hall Group.

Wartman, Michael [BEnvD/02] has won two top awards through the 2016 City of Edmonton Infill Design Competition: Best in Class for the Single Detached home category, and Best Overall in the entire competition. His firm, MIZA Architects, entered with a design titled SlimCity, a 17-foot-wide “skinny” house designed with environmental features, ample long-term flexibility for a variety of users, and the capacity to quadruple the number of people living on the site.